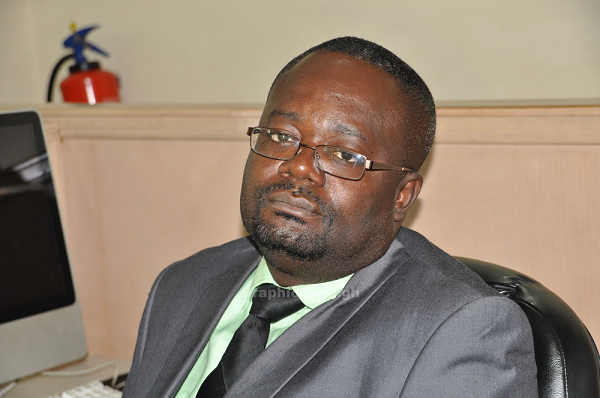 It has been explained that an earlier appointment for the presidential candidate of the Liberal Party of Ghana (LPG), Mr Kofi Akpaloo and his supporters to call on the Asantehene, Otumfuo Osei Tutu II on Thursday had been rescheduled.

However, even though Mr Akpaloo was aware of the rescheduling of the appointment, he still led his supporters to the gates of the Manhyia Palace with the hope that, the Palace will reconsider its decision to reschedule the appointment and grant them audience.

They were however denied entry for failure to conform to necessary protocols.

The Manhyia Palace had postponed the arrangement to next Wednesday for Mr Akpaloo and his supporters to pay homage to the Asantehene.

Speaking to journalists in Kumasi, Mr Kofi Akpaloo said he had prior notice of the reviewed arrangement but thought massing up at the gate of the palace was to convince the palace to consider the decision.

"We got here last night and the personal secretary of Otumfuo called me and said it is not going to be possible today, because of some traditional performances that they [Manhyia Palace] had to do, but the people had been organised already, we've come all the way from Accra to be here, so it would have been not appropriate to go there, so we decided to go there to see maybe they might look at it and say come, after all, what we have done is what we wanted to do.

"I mean to go around the city for people to know that LPG has come to stay," Mr Akpaloo explained.

Information had gone round town that the Manhyia Palace had denied Mr Akpaloo and his supporters access to the palace when they tried to call on the Asantehene.

The LPG supporters had joined their leader who is on a nationwide tour to march to the palace as well as through the principal streets of Kumasi.

They held placards with campaign messages and also shared policy documents with the electorate.

Mr Akpaloo expressed satisfaction with the acceptance of the party’s campaign message.

“Everywhere that we’ve been, the people there have received us very well and we are 100% sure and certain that at the end of the day, we will win the elections,” he said.

Party members are also optimistic that their chances in winning the December 7, elections are very high.

They are also optimistic that Kofi Akpoloo’s regime will provide them with good jobs and a better livelihood.