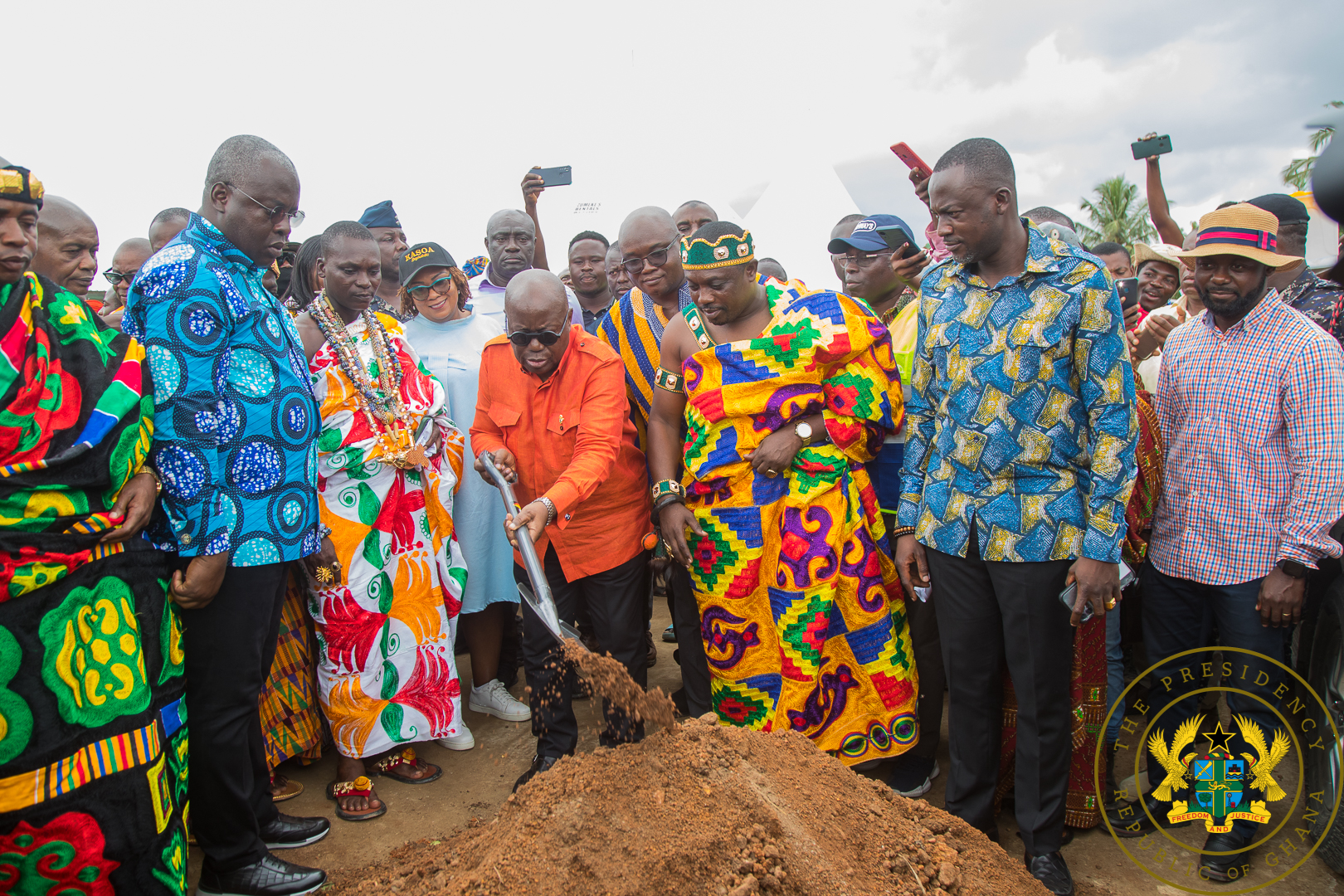 President Nana Addo Dankwa Akufo-Addo used his tour of the Central Region to tout the credentials of the Director of Communications at the Presidency, Eugene Arhin, when he got to the Awutu Senya West constituency.

Eugene Arhin is a native of the Awutu Senya area and has been linked to nursing an interest in the parliamentary seat.

The parliamentary seat is currently being occupied by Gizzella Tetteh Agbotui of the National Democratic Congress (NDC).

Gizzella Tetteh Agbotui ousted George Nenyi Andah of the New Patriotic Party (NPP) in the 2020 election after Andah held it from Jan 2017 to Jan 2021 for the nPP.

Andah himself had earlier taken the seat from Gizzella's sister, Hannah S. Tetteh of the NDC.

He pointed out that already, Arhin has been lobbying and influencing him [President] for a lot of infrastructural projects in the area.

Our correspondent reports that many NPP members who followed along the tour wore Eugene Arhin T-shirts.

At the sod cutting for the commencement of work on the Bawjiase-Kasoa road, President Akufo-Addo said Mr Arhin has been instrumental in getting the project started.

Also inaugurating the Appeb Gas Cylinder Manufacturing company at Chochoe as well as during his courtesy call on the Omanhen of Awutu, President Akufo-Addo reiterated Mr Arhin’s efforts for the development of the constituency and called for support for him.

At the ceremony at Appeb, President Akufo-Addo said in honour of Haruna Esseku, a one time chairman of the NPP, he had instructed for the commencement of work on the Akotsi-Junction-Senya Breku road.

“As you know one of your very own, a Director of Communications at the presidency, Eugene Arhin, has done a very good job in lobbying persistently for the road to be constructed just as he did for the Kasoa-Bawjiase road as I assure you it would be completed before 2024,” he stated.

He said it was public knowledge now that Mr Arhin had intentions of contesting on the ticket of the NPP in 2024 if he was successful.

If Mr Arhin is successful at the NPP primary, President Akufo-Addo said he was confident that he would do an excellent job as member of parliament and appealed to the chiefs and communities to vote and support Arhin.