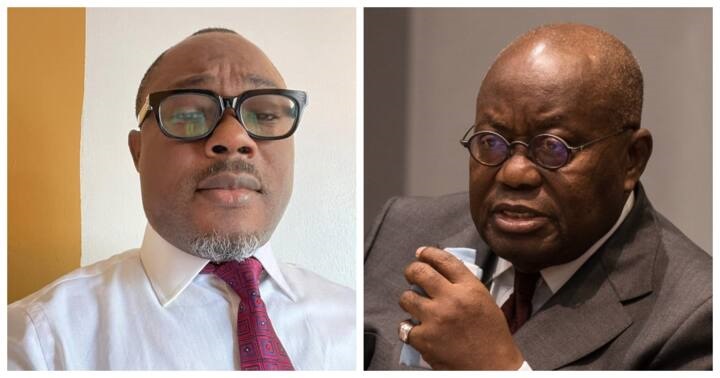 The Secretary of the University of Ghana chapter of the University Teachers Association of Ghana (UG-UTAG), Professor Ransford Gyampo wants to see evidence that the salaries of all political appointees have been reduced by 30 per cent.

Prof. Gyampo said he was unable to trust that the salaries had been slashed because of the opulent lifestyles of some appointees even during the current economic challenges.

Reacting to an announcement by President Nana Addo Dankwa Akufo-Addo at this year’s Eid Al Adha prayers yesterday in Accra, Prof. Gyampo in a Facebook post said only evidence could clear his doubts.

He posted: "Mr President, unless we see the pay slip of appointees, we are unable to trust the refrain that their salaries have been reduced by 30%. We live with them and know their opulent lifestyles haven’t changed even in the days of hardship. We need evidence". 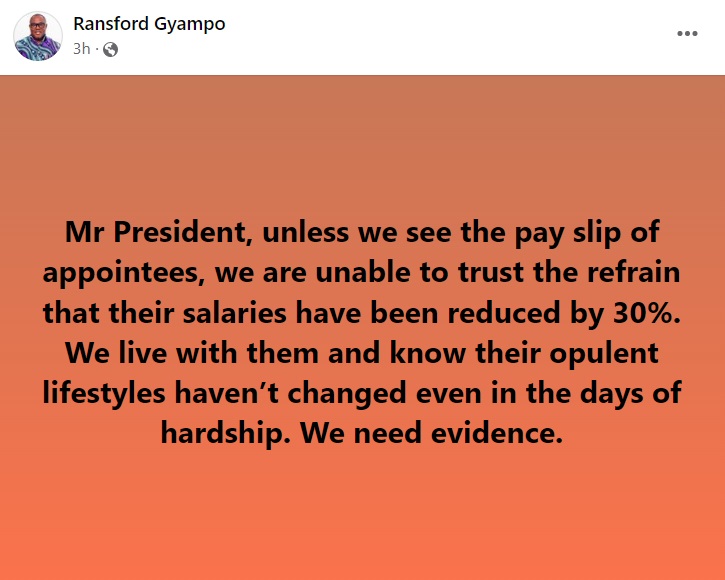 Speaking as the guest of honour at the Eid Al Adha prayers, President Akufo-Addo said the cut was a signal to citizens about the need to sacrifice as the country goes to the International Monetary Fund for support.

He also announced a 50% cut on fuel for government machinery.

According to the president, his ministers were not exempt from the 30% per cent salary reduction.

He said: “We are all going to have to make some sacrifices to afford us the space to navigate the troubled waters of the current economic difficulties. The expenditure of ministries, departments, and agencies has been cut by 30 per cent. The salaries of all appointees including myself have been reduced by 30 per cent. Fuel coupon allocations have been slashed by 50 per cent and other expenditures suspended.”

He also urged Ghanaians to bear with him as he puts in measures to ameliorate their plight.