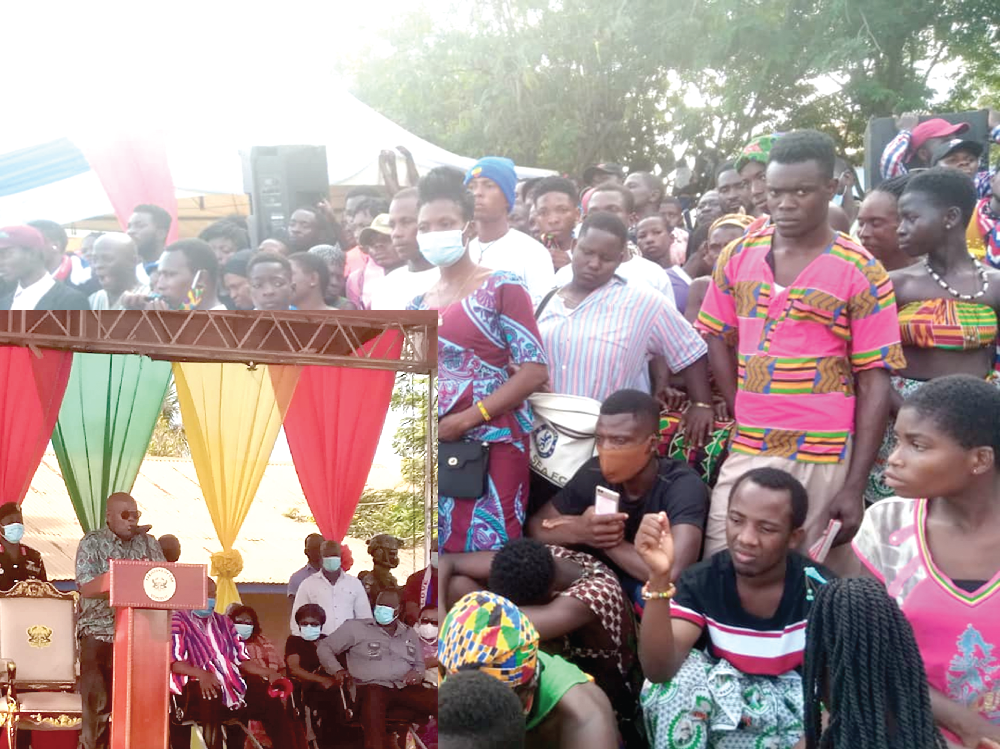 President Nana Addo Dankwa Akufo- Addo has called on the people of the Volta Region to give him representatives in Parliament by voting for the New Patriotic Party (NPP) parliamentary candidates to support his vision for the country.

The President, who was speaking at a durbar in his honour at Afife as part of a day working visit in the region, said the people should judge him by his records for the past four years and vote for representatives who could help him bring more progress in his second term.

He said he needed people who would go to the Parliament and support his programmes, legislations and policies.

"Ketu North, we have been closed here before but 2020 has to be the beginning of a new chapter between the Ketu North and the New Patriotic Party by voting for Mr Kofi Dzamesi, the candidate for the constituency,” he said.

He asked the people to vote for candidates who could be used to build a united Ghana and also bring development to their area.

Similarly, addressing a mini rally at Dzodze, the President recalled that last four years he had pleaded with the people to give him "a boom" vote for him to win the election which they did and made him president".

The Paramount Chief of Afife and President of the Afife Traditional Council, Torgbui Adrakpanya VI, commended the President for the work he had done for the country since he assumed office.

“We have been keenly monitoring your development focus and agenda for the nation, and wish to state that you have done excellently well even beyond our imagination, considering the state of the economy you inherited. We are proud of you as a Chief of this Traditional Area and President of the Republic of Ghana,” he said.

He, however, appealed for Ohawu Agriculture College in the area to be upgraded into a fully-fledged Agriculture University to train young people to provide the needed human resources in the agricultural and food value chain.