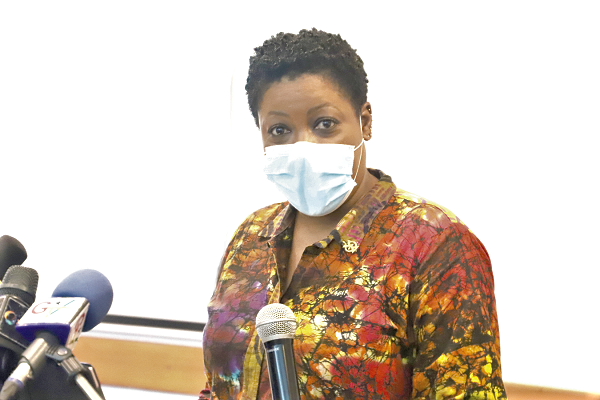 A pre-election survey conducted by the Ghana Centre for Democratic Development (CDD-Ghana) has indicated that majority of Ghanaians remain concerned about the activities of vigilante groups in the country.

According to the survey, 71 per cent of respondents said the activities of political party affiliated vigilante groups continued to threaten or undermine peace and security in the country.

It indicated that in spite of that, 50 per cent of the electorate believed that the government had so far demonstrated the political will in enforcing the law criminalising vigilantism.

First conducted in 2016, the CDD-Ghana pre-election survey is aimed at picking early warning signals by tracking citizens' opinions on the overall level of the country’s preparedness for elections; public confidence in the competence, integrity and neutrality of election-relevant state and quasi-state bodies; and voter behaviour, expectations, priorities and potential turnout.

With funding support from the United States Agency for International Development (USAID), CDD-Ghana’s pre-election survey is also to isolate and identify voter concerns regarding election security, physical intimidation, violence and perceived peacefulness of the political environment.

The findings of the survey presented by the Director of Research of CDD-Ghana, Dr Edem Selormey, in Accra last Friday said Ghanaians overwhelmingly abhored political violence.

They said for instance, 93 per cent of the electorate said it was wrong and punishable for angry political party supporters to destroy public and private properties such as offices or vehicles.

The survey further revealed Ghanaians were split on the direction of the country, especially with regard to the mood of the electorate.

This was unlike the 2016 pre-election surveys conducted in July and October, where 68 and 70 per cent of the electorate felt that the country was going in the wrong direction.

In those two surveys, 24 per cent in July 2016 and 26 per cent in October 2016 of the electorate felt the country was going in the right direction.

The remaining six per cent either did not know or refused to comment on the direction.