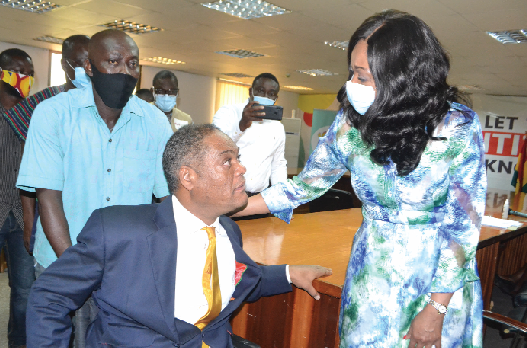 With a day left for the filing of nominations for Election 2020, 12 presidential aspirants have so far submitted their nomination forms to the Electoral Commission (EC) to fulfil the final requirement to contest the presidential election on December 7.

They include flag bearers of nine political parties and three independent aspirants.

According to the EC’s timetable, presidential and parliamentary aspirants for this year’s elections are to file their nominations from Monday, October 5, to Friday, October 9.

Mr. Hassan Ayariga of the APC presenting his documents

Yesterday — the fourth day of the exercise — saw the highest number of presidential aspirants filing their nominations.

Dr. Henry Lartey of the GCPP displaying his forms

Already, the EGLE Party has indicated that it will not contest the presidential election, but it is unclear if the other parties that are yet to file their nominations will do so before the process closes at 5 p.m. today.

Madam Donkor, accompanied by Mr. Ernest Frimpong Manso, aka Adakabre, her running mate, was the first to file her nomination when she arrived at the Head Office of the EC about 11 a.m. yesterday.

One after another, the rest followed to complete the process without any hitches.

All of them encouraged the commission to remain steadfast in its resolve to conduct free and fair elections that would be acceptable to all Ghanaians.

However, they indicated that there were some lapses with certain aspects of the electoral process that needed to be resolved.

In spite of that, the aspirants said the unresolved issues were "understandable" and that they were confident that the EC would conduct the elections in accordance with the laws of the country. 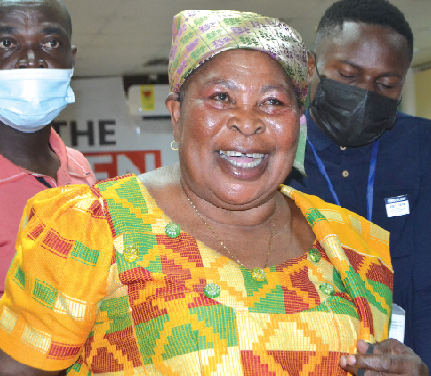 Madam Akua Donkor of the GFP also filed her nomination

Madam Donkor commended the leadership of the EC and asked them to commit their work into the hands of God.

She said Ghana’s Coat of Arms, a symbol found hanging in every state institution, would continue to protect the country's peaceful democracy.

When he took his turn, Mr. Greenstreet, who was also accompanied by some executive of the CPP, commended the EC for the work it had done so far and expressed his desire to see some of the outstanding issues with the electoral process resolved.

He later told the Daily Graphic that Ghanaians were eager to have an alternative political party, apart from the NPP and the NDC, that could better manage the affairs of the country.

He said the CPP was the only party that could fit perfectly in that position, as it had a rich history of delivering independence for the country in 1957, under the leadership of Dr. Kwame Nkrumah.

The General Secretary of the NDP, Alhaji Mohammed Frimpong, said for the first time in the electoral history of the Fourth Republic, the EC had given the political parties a checklist to guide the filing of nomination forms and commended the commission for the move.

"This comes to support our belief that every disagreement with any state institution must not be dramatised as if Armageddon was going to fall on us. It is my hope that, moving forward, any process that a state institution will be undergoing will assume a national character and ownership," he said. 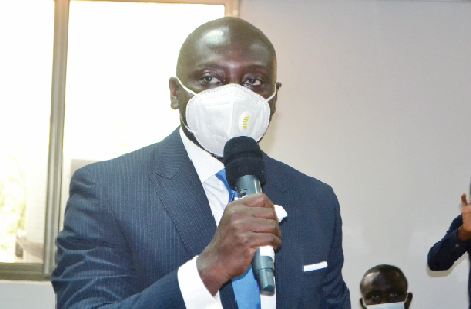 For their part, Mr. Koranteng and Mr. Gane also praised the EC for its work.

"We are aware of the incredible task on the EC at a time like this and we appreciate so much what you do. At the end of the day, we are all looking to make the country better," Mr. Koranteng said.

Responding, the Chairperson of the EC, Mrs. Jean Mensa, re-emphasised the importance of the process of filing nominations, noting that there could not be elections without the exercise.

"This afternoon, we are assembled here for one of the most important processes in our election calendar. Indeed, without this activity, the commission cannot run the elections," she said.