TMA to wean itself off Common Fund 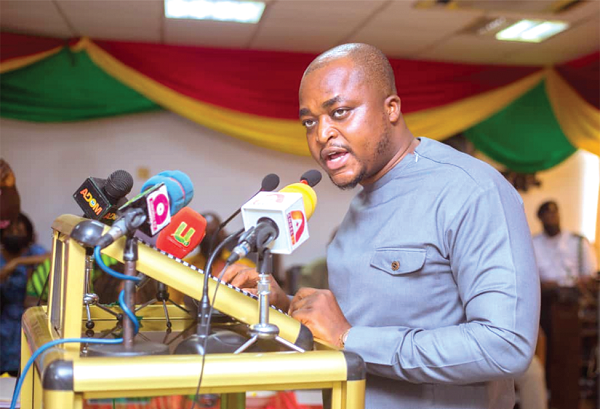 The Tema Metropolitan Assembly (TMA) is to wean itself off the District Assemblies Common Fund (DACF) by ensuring that it creates enough internally generated funds (IGF) for development purposes.

Additionally, in order to get more resources from the donor community and industries to complement the assembly’s IGF, the TMA said it would in due course commission a proposal writing team to take advantage of grant opportunities to pursue development in the metropolis.

The Metropolitan Chief Executive (MCE), for Tema, Mr Yohane Amarh Ashitey, outlined this vision in his maiden address during the third ordinary meeting of the second session of the TMA on Monday, November 1, 2021

He explained that the assembly had what it took to generate more IGF to accelerate development in the metropolis.

He therefore appealed to the assembly members to step up their revenue mobilisation efforts so that they could initiate their own development programmes.

Mr Ashitey said a number of initiatives had been implemented in revenue administration in the metropolis in line with the digitalisation programme of the government.

He said the assembly had also automated operations of a lorry park at the Assembly Lorry Park to boost its revenue base.

He said the assembly remained committed to the execution of its planned programmes and activities irrespective of the fact that the TMA was facing a legal battle for the supply and installation of 3,000 street lights in the metropolis.

Mr Ashitey touched on other areas such as security, health infrastructure, agriculture and food security; education, and environmental sanitation and waste management, operations of the sub-metropolitan district councils as well as poverty eradication and intervention programmes.

On security, Mr Ashitey said works on a Divisional Police Headquarters at Tema Manhean were 90 per cent complete as part of efforts to build the security architecture of the metropolis.

Mr Ashitey said although Tema Metropolis had received some investments over the years, it was imperative that the assembly pursued a vigorous programme to improve upon the road network in the Port Enclave to ensure free flow of traffic.

He said another important road that needed immediate attention was the Community 1 to Bankuman road and expressed the hope that it would be completed soon to serve as an alternative road from Adjetey Ansah in Tema Manhean through the old slaughter house.