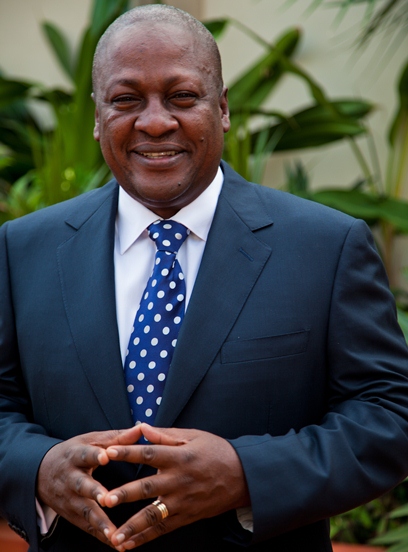 President John Dramani Mahama at the weekend appealed to the group of eight industrialised countries (G-8) to support developing countries to build the capacities of their people, and conduct their businesses transparently in the right environment.

President Mahama said currently, gold mining companies in Ghana, for instance, refine their products in Switzerland and other countries; a situation which did not give government the right picture on how much tax and revenue to expect because the companies could hide their proceeds from government.

President Mahama was contributing to the G8 Summit plenary session in London on the theme: “Trade, Tax and Transparency.”

He also said currently, the companies provided government with extractive figures, which was not the best of deals.

Ghana was among four African countries, including Guinea, Tanzania and Senegal,  that were invited to attend this year’s summit in Lancaster, London in the United Kingdom.

President Mahama said building the capacities of Ghanaians, for instance, could create jobs for Ghanaian companies and determine how much tax was to be paid to government.

He added that the government had approved the Right to Information Bill and forwarded it to Parliament for consideration and approval for Ghanaians to have free access to information in all the sectors of the economy and governance.

The President commended Prime Minister David Cameron for inviting him to the summit and subsequent discussions, and called for deeper collaboration that would rid African countries of the cloak of hunger, poverty, diseases and deprivation.