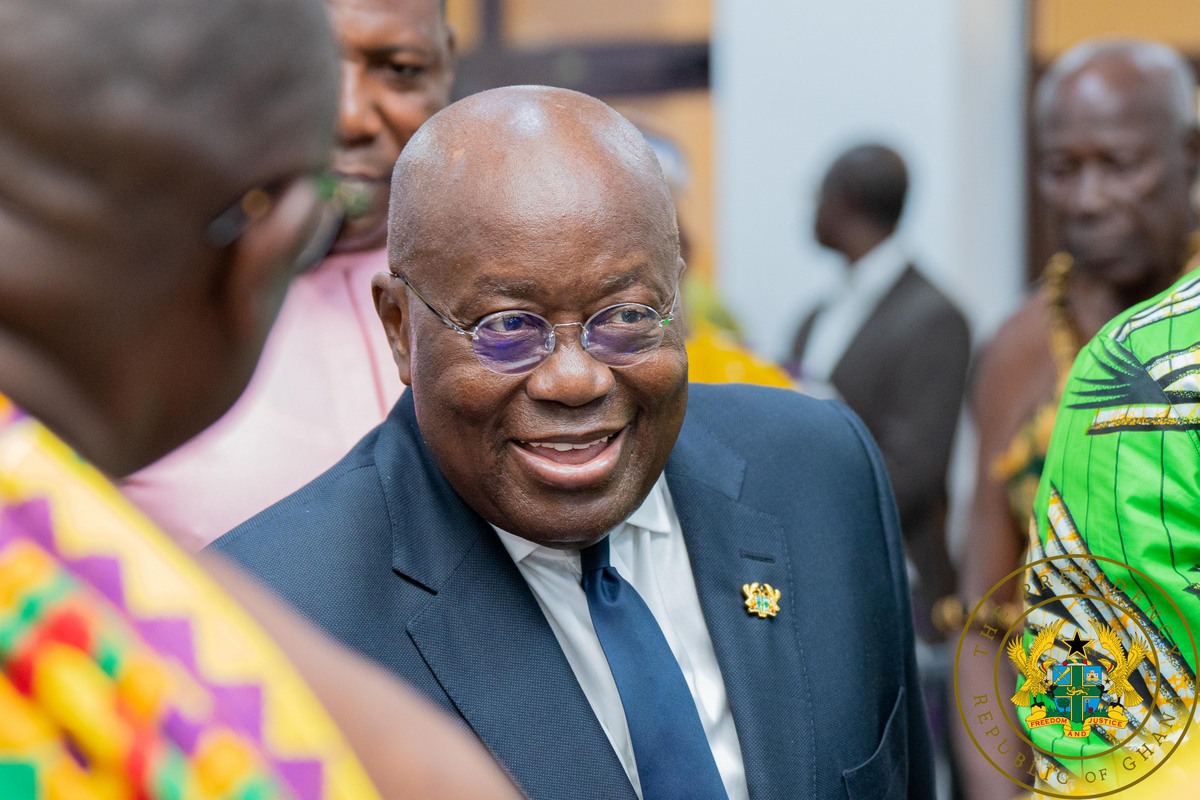 President Nana Addo Dankwa Akufo-Addo, has reiterated his commitment to working hand-in-hand with Chiefs, traditional rulers and all stakeholders in the fight against illegal mining (galamsey).

According to President Akufo-Addo, “it is obvious that, if we are to win the fight, you and I have to take the lead to collaborate closely to do so. That is why I am here today.”

Addressing the National House of Chiefs on Wednesday, (October 5, 2022), the President noted that 80 percent of the lands Ghana continue to be under the custody of Chiefs, whereas the remainder of 20 percent is held in trust by the President.

What this means, he said is that, ultimately, the welfare of the state of the lands is the joint responsibility of Chiefs and the President, although, by statute, the minerals in the soil belong to the President in trust for the people. 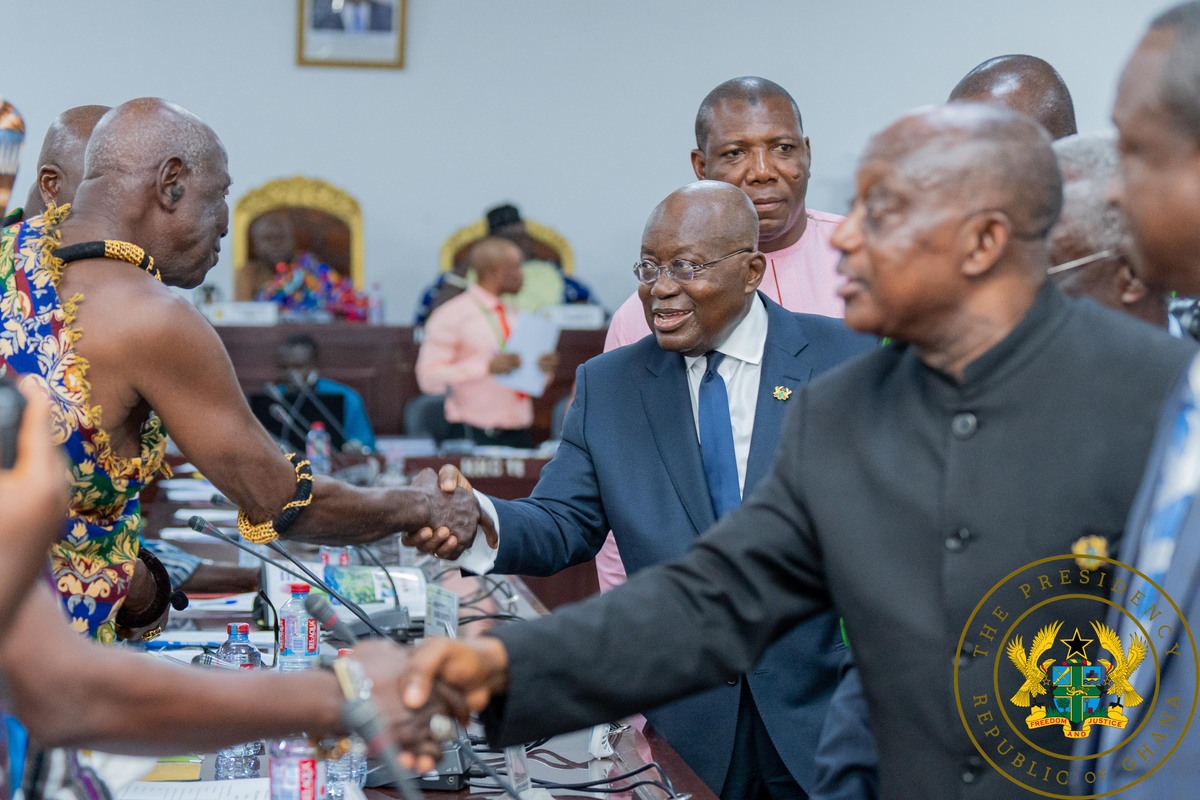 “Historically, we discharged that responsibility well. Even though, for centuries, we have been a mining nation, mining did not pose a threat to the health of our environment and water bodies. The rules that you put in place for mining ensured that the sanctity of our lands remained intact, and our water bodies remained unpolluted. Tragically, in the modern era, that is no longer the case. And that is why I have come to you today to talk about how, together, we can repair this dramatic situation,” he said.


President Akufo-Addo indicated that, since he took office, on January 7, 2017, he has made it a central feature of his presidency to lead in the efforts to rid the country of the menace of galamsey, with a firm commitment made in his inaugural speech on the matter.

“It has not been easy, it has not been popular, and we have not got the immediate results that I was looking for. Indeed, in the last elections of 2020, my stance on the issue cost my party and I significant losses in the mining communities. It turned out that my statement that I was putting my presidency on the line in the fight against galamsey was neither bombast nor recklessness. It was the simple truth,” he said.

The President continued, “We have tried many initiatives, including that of the Community Mining Scheme, and the establishment of a new legal regime for dealing with the perpetrators of this phenomenon, which has imposed severe sanctions on those, Ghanaians and foreigners, convicted of illegal mining. Still, we have not won the fight.”

In seeking further assistance from the National House of Chiefs in addressing the galamsey phenomenon, he noted that taking partisan political interests out of the fight against galamsey is one way forward.

“It can only succeed if it is a truly national battle, which no one seeks to exploit for political gain, as we saw in the last election. The progress of our country depends on all of us, all citizens of Ghana, all Fellow Ghanaians, pulling together to defeat this existential threat to our future,” he added. 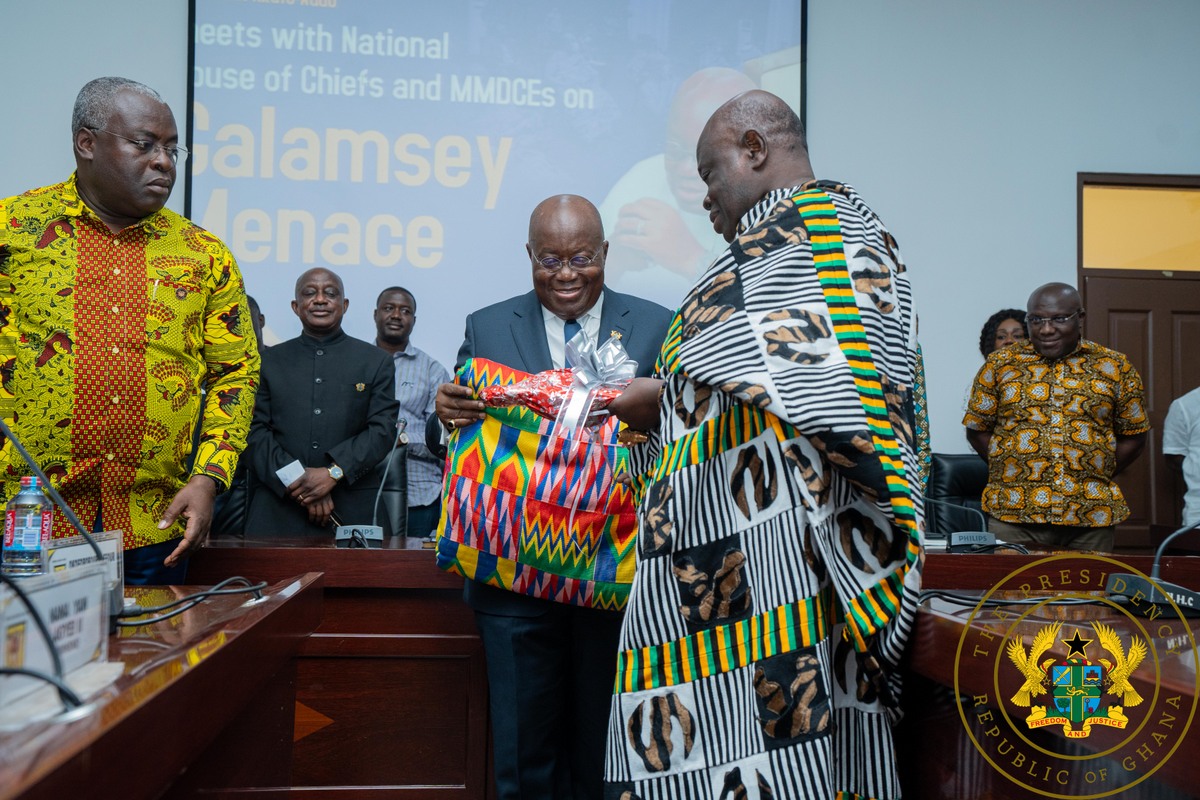 Reiterating the stance of Government, President Akufo-Addo noted that “we are not against mining, but we cannot accept mining in a manner that risks destroying our country. Our nation has always been a mining nation. Indeed, in the 15th century, when the first Europeans, the Portuguese, came to our shores, they called the first European-influenced town, Elmina, meaning ‘the mine’ in Portuguese, because, from their ships as they approached our shores, that is the activity they saw our people engaged in. it is not surprising that, in colonial times, we were called the Gold Coast.”

He, thus, asked all Ghanaians to join hands with him in the fight against illegal mining, in order to bring an end to the devastation of the Ghanaian landscape, and the pollution of our water bodies.

“We have to win that fight to keep our environment clean, and protect our heritage for our descendants, as you did in the past,” he added. 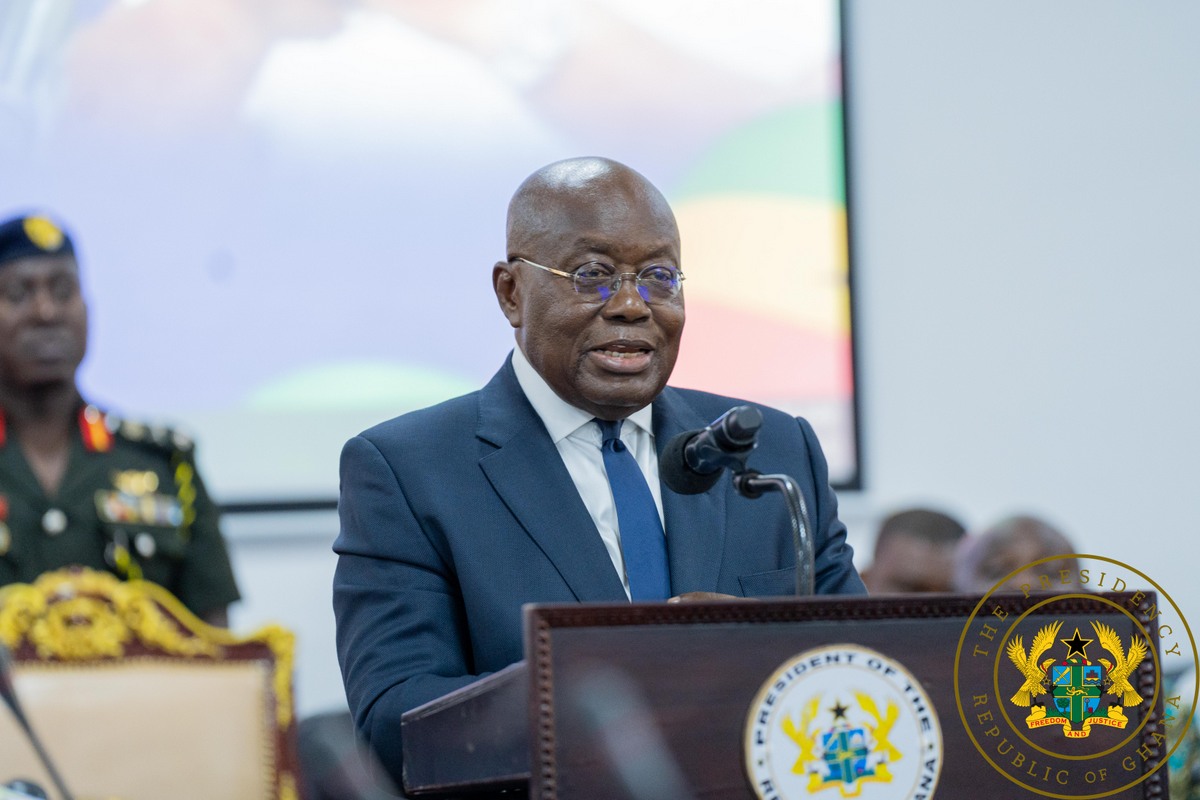