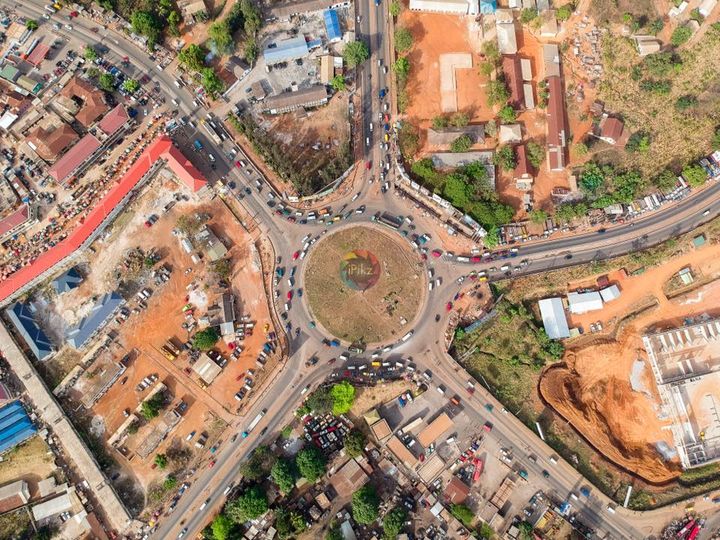 Parliament on Wednesday (July 27, 2022) approved a loan agreement for the construction of a 4-tier interchange at Suame roundabout in Kumasi.

The agreement is between the Government of Ghana (GoG) and Deutsche Bank S.A.E.

It is to finance the design and construction of the Phase One of the Suame Interchange and Ancillary Works Project in Kumasi.

The project is to convert the Suame roundabout into a four tier interchange to ensure the free flow of traffic within the area and help reduce travelling time.

The total amount of of the loan approved is €156.4million.

The loan agreement between the Government of Ghana (GoG) and the Deutche Bank S.A.E was in two folds.

It is expected to be completed within a period of 36 months from the commencement date in September 2022.

The House also approved two loan agreements totaling €102,248,679.45 to finance the design and construction of the Yapei, Buipe and Daboya bridges in northern Ghana.

The loan agreement is between the GoG and the Standard Chartered Bank, London.

The overall objective of the project is to develop an efficient and integrated transport network for the safe movement of people and goods.

The specific objectives are to connect southern and northern Ghana, facilitate trade, transit and transport between Ghana and its neighbouring countries, remove traffic bottlenecks at River crossing and improve the movement of goods and people.

The motion for the adoption of the committee reports on the loan agreements was moved by the chairman of the Finance Committee of Parliament and NPP Member of Parliament (NPP) for Obuasi West, Kwaku Kwarteng.

He said the Suame interchange project would improve travel time and reduce waiting times within Kumasi metropolis with consequent reduction in poverty and enhanced development in the country.

Contributing to the motion for the approval of the loans, the Minority Leader and Member of Parliament (MP) for Tamale South, Haruna Iddrisu said he and his colleagues on the Minority side whole heartedly support it.

"I know the leader of government business himself has some background when it comes to road construction and therefore he should religiously police the project so that the work is executed", he said.

Mr Iddrisu said their leader was subjected to an embarrassment when he visited his constituency to interact with his constituents on the road project but expressed the hope that he has taken it in good faith.

On his part, the Majority Leader and NPP MP for Suame, Osei Kyei-Mensah-Bonsu in whose constituency the road project is to be undertaken said the construction of the interchange was very necessary because of the traffic situation at the Suame roundabout.

He said roundabout is the convergence of five major roads hence the congestion.

He said the roundabout also leads to the Suame Magazine, the largest congregation of mechanics in the West African sub-region.

The Suame roundabout is a five-legged intersection. It linked the P. V Obeng road, Mampong road, Offinso Road, Western By-Pass and Kejetia road. The roundabout has a central green area with a statue in honour of the late Otumfuo Opoku Ware II.

The Suame roundabout has been identified as a major bottleneck in the road transportation system in Kumasi.