Stop paying gratuities to more than one term MPs — Group 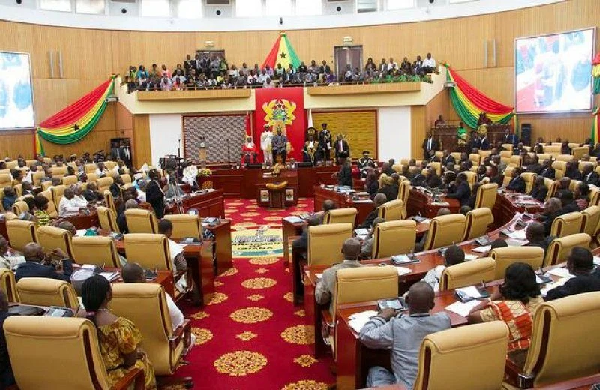 The National Redemption Volunteers, a political pressure group, has called for immediate steps to be taken to amend Article 71 of the Constitution, which guarantees the payment of gratuities to Article 71 office holders.

“This is unacceptable in the 21st century Ghana. We, therefore, demand that the large ex-gratia paid every four years to parliamentarians be halted immediately and the money spent for the betterment of our rural folks,” the group said.

The National Chairman of the Group, Mr Richmond Owusu-Frimpong, who made the call at a news conference in Accra last Thursday, said such rituals not only put constraints on the state but also deprived it of the necessary resources for the development of the citizenry.

In that regard, he also called on the state to halt the payment of gratuities to Members of Parliament who had returned to the House on more than one occasion.
Amend Article 71.

Article 114 (1) of the 1992 Constitution states that “a person who has served as a Member of Parliament for a period of not less than four years shall be eligible for the payment of gratuity to him or his personal representative as shall be determined by the President acting in consultation with the committee referred to in Article 71.”

Article 71 office holders include the President,the Vice-President, the Speaker of Parliament, the Chief Justice and Justices of the Supreme Court.

The rest are Members of Parliament (MPs), ministers of state, political appointees and public servants with salaries charged to the Consolidated Fund but enjoying special constitutional privileges.

Mr OwusuFrimpong also noted that the continuous appointment of chairpersons of state institutions such as the Electoral Commission, Commission on Human Rights and Administrative Justice and the Auditor-General by the President created room for suspicions and mistrust.

He, therefore, called for such powers to be given to Parliament or an independent body.

“Article 70 should be amended to hand over the appointment of the Electoral Commissioner, Commissioner on Human Rights and Administrative Justice and the Auditor-General to Parliament or a different body instead of the President.

“This will end the suspicions and disagreements that the government is using state institutions to harass its political opponents and restore citizens’ confidence in them,” he said.
— GNA