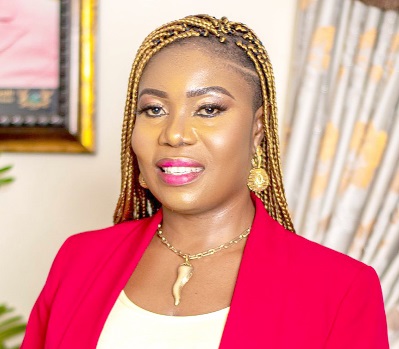 She said what was rather needed was for Ghanaians, especially members of the NPP, to pray and rally support for Ms Safo so that she could overcome any challenges she was going through.

In a statement, Ms Appoh observed that women in Ghanaian politics were often tagged to their disadvantage and that defeated calls for more women to enter politics.

She said Ms Safo was not the only MP who had absented herself from Parliament and yet nobody was talking about others who did same.

Ms Appoh said Ghanaians must rather pray to support the on-leave Gender and Social Protection Minister instead of subjecting her to harsh public criticisms.

She noted that the Dome-Kwabenya MP was still serving her constituency wherever she was.

“May God bless all female activists and those supporting women in politics, especially we the young ones. Our story would be told one day,” she stated.

Ms Safo was last seen in Parliament in December 2021.

Some of her colleagues including the MP for New Juaben South, Mr Michael Okyere Baafi and the MP for Assin Central, Mr Kenney Agyapong, have criticised her for holding the Majority caucus to ransom.

He said it was time Mr Alban Sumana Kingsford Bagbin applied the provisions of Article 97 (1) c of the Constitution and Parliament’s Standing Order number 16(1) and refer those MPs to the Privileges Committee.

Per Article 97 (1)(C) of the 1992 Constitution, a Member of Parliament (MP) shall vacate his seat in Parliament “if he/she is absent without the permission in writing of the Speaker and he/she is unable to offer a reasonable explanation to the Parliamentary Committee on Privileges from 15 sittings of a meeting of Parliament during any period that Parliament has been summoned to meet and continues to meet”.

Per Standing Order 31 of the House, “In all cases of proceedings where a complaint is made of a breach of privilege or contempt of Parliament, Mr Speaker may direct that the matter be referred to the Committee of Privileges.”

Section 2 of Standing Order 164 provides that, “It shall be the duty of the committee, by order of the House, to enquire into any complaint of contempt of Parliament or breach of privilege or any matter of privilege which may be referred to it and to recommend to the House such action as the committee may consider appropriate.”