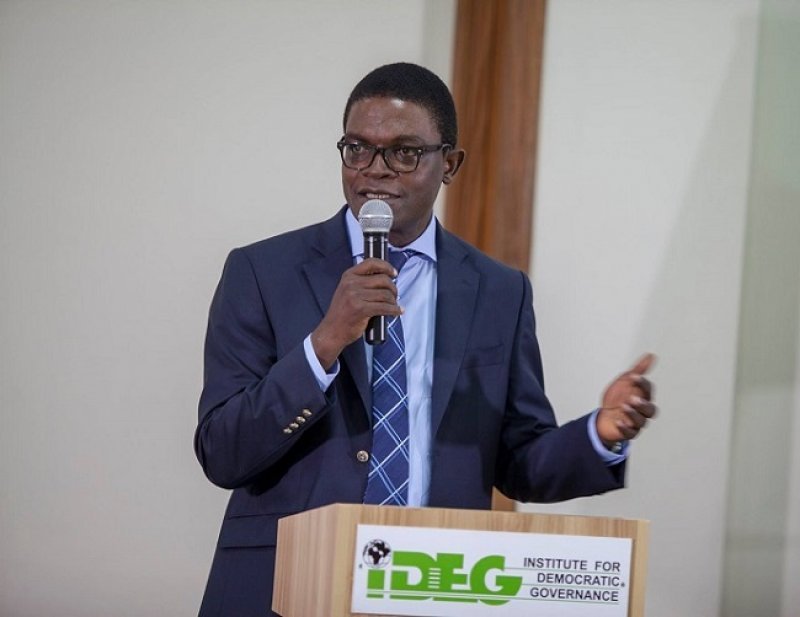 The Institute for Democratic Governance (IDEG) has proposed that a Speaker of Parliament be given a casting vote to resolve deadlocks in Parliament.

According to the Executive Director of the IDEG, Dr Emmanuel Akwetey, the proposal was premised on the rancour that had characterised Ghana's hung Parliament and the recent declaration by the Supreme Court that a Deputy Speaker of Parliament presiding over proceedings in the House had the right to vote on matters for determination.

In an interview with the Daily Graphic, he said a Speaker was best placed to carry out that function because the role was similar to that of the President and demanded that an occupant of the office rose above partisanship to safeguard the national interest.

"If we bring the casting vote, it is going to inform who is chosen as Speaker of Parliament and each political party would have to consider that," Dr Akwetey said.

"In the UK, the Speaker of Parliament could come from a party but once chosen he is not an active member of that party in Parliament and has a different status. So, we can learn from others (countries) and do the right thing and put in place all the conditions that will make a Speaker represent Parliament as a whole and in the national interest and not be seen to be directed by the party chairman or grassroots people on what to do, such a Speaker would not be fit for such a position".

Dr Akwetey said because of the likelihood that a political party could win the presidential election but lose the parliamentary election, Ghana's Parliament, as a master of its own rules, should be prepared to handle any outcome.

He further advocated a review of the current standing orders to ensure that the current hung Parliament functioned smoothly over the next two-and-a-half years.

"We need the Speaker to have a casting vote so that in the remaining years of this Parliament, business would get on without it being political or polarising," he said.

"Parliament must not be a place for fighting of threatening to fight, So it is time that Parliament moves on the Speaker having a casting vote," he added.

Dr Akwetey argued that if Ghanaians and parliamentarians were educated on the role of the Speaker, they would understand that it behoved the occupant of the office to rise above partisanship.

For him, the office of the Speaker of Parliament was only behind that of the Office of the President in the hierarchy of national leadership and deserved to be treated as such.

"The nature of the job changes people, especially those with strong, independent minds and integrity, and Speakers in our national history have shown this, to the extent of having issues with their parties in Parliament.

"It doesn't mean they are not politicians but a Speaker must be conscious of the responsibility he holds and the expectations all Ghanaians have of that office," he said.