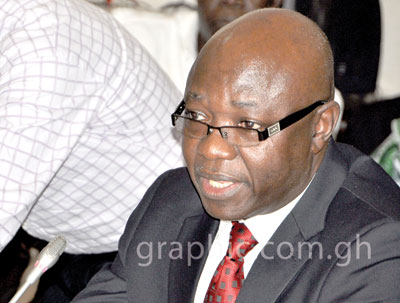 All regional ministers will soon be expected to implement a sanitation plan which would, among other things, see the closure of all open drains in the country.

Local Government and Rural Development Minister, Mr Akwasi Opong-Fosu, who disclosed this to Joy News, said the plan was to ensure proper sanitation in the various regions.

According to him, all Metropolitan, Municipal and District Assemblies (MMDAs) would soon be given timelines within which to implement the plan.

Mr Opong-Fosu explained that the move had been necessitated by the fact that, “Ghana is now almost a middle income country and those things we need to put them behind us. It’s also quite obvious it also posses health hazard with all the choked drains and desilted drains you see that the workers desilt and leave them at the edge of the drain.”

He observed that, “You go to certain areas and you see people selling cooked food around these open drains with the desilted mess and people eating around all these areas.”

The open drains, the Minister observed, was a causal agent of the perennial flood and therefore “we need to really make sure all these drains are covered and that, assemblies must pass by-laws to prohibit the construction of open drains in their areas of jurisdiction.”