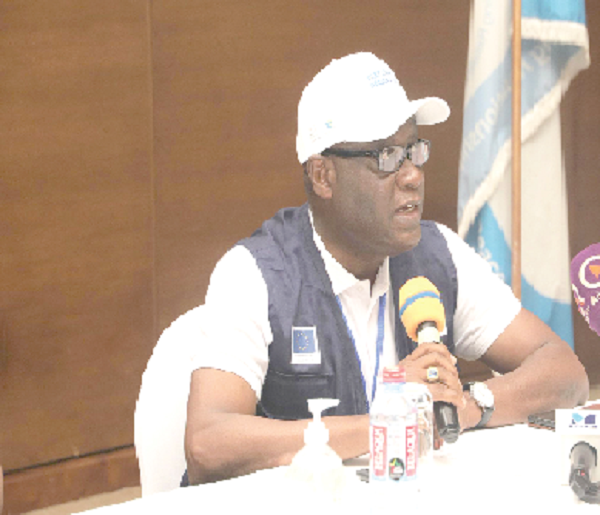 Participants in a national dialogue on the prevention, management and resolution of election-related conflict have called for reforms to the adjudication of parliamentary election disputes in the country.

The participants want the judiciary to review and fix timelines for adjudicating parliamentary election disputes just as it pertains to presidential election petition which has a 42-day time frame.

As of now, the adjudication of parliamentary disputes has no time limits as some cases are still at the courts, a year after the 2020 General Election.

This was contained in a communique issued by the participants after a National Stakeholders’ Dialogue organised by the National Peace Council (NPC) with the support of the Commonwealth Secretariat and the United Nations Development Programme (UNDP) to review the 2020 election and to build a national consensus for peaceful elections in future.

The dialogue, which was held between June 29 and July 1, 2021, was attended by the leadership of the New Patriotic Party (NPP), the National Democratic Congress (NDC), the Convention People’s Party (CPP), the Peoples’ National Convention (PNC), the Electoral Commission (EC), the leadership of both sides of Parliament, the Judiciary, the Ministry for the Interior, the Ministry for National Security, the Ministry for Information, Ghana Police Service, the Ghana Armed Forces, the National Media Commission (NMC), the Ghana Journalists Association, members of the Governing Board of the NPC, traditional authorities, religious leaders, academia and civil society organisations (CSOs).

The participants recognised the need to strengthen consensus building among the political parties, the EC, the security agencies, civil society and the media to strengthen mechanisms for greater national cohesion, political tolerance, conflicts prevention and peace-building that would lead to national stability.

They urged the NPC to urgently take steps to facilitate the return of the NDC to the Inter-Party Advisory Committee (IPAC) which they described as a mechanism for electoral reforms and addressing election-related concerns.

They also want the EC to ensure the prompt publication of the Voters Register and election results on its website and appropriate media platforms to promote transparency and establish confidence in the electoral process.

The participants also urged the National Media Commission (NMC) and the Ghana Journalists Association (GJA) to strengthen self-regulation mechanisms of the media through strict code of conduct and ethics, and education to address mal-information and misinformation through fact check and content analysis.

"The NPC should liaise with GJA, NMC to engage with the National Communication Authority (NCA) to promote greater transparency of media ownership for purposes of accountability," the communique said.

"The NMC should facilitate the quick passage of the Broadcasting Bill into Law.

The NPC, NMC and GJA should initiate programmes to strengthen the capacity of the media on responsible journalism that promotes national cohesion."

The participants also want constitutional reforms to address identified imbalances within the Ghanaian political governance space, including, "the winner-takes all system of governance, the local governance election and accountability, excessive executive powers of the President, political party financing and audit as well as a reduction in the excessive monetisation of politics"

Other long-term constitutional reforms recommended by the dialogue included; the strengthening of parliamentary oversight responsibilities to ensure greater accountability, transparency and responsiveness as well as the provision of a specific time frame for political campaigns.