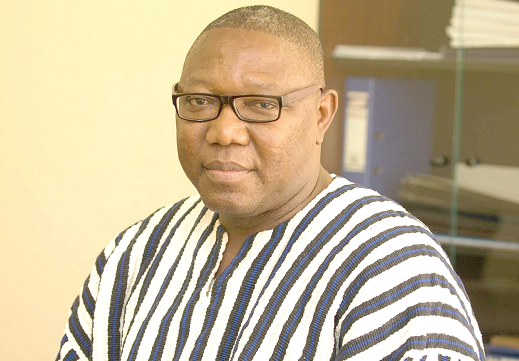 The Member of Parliament (MP) for Builsa South, Dr Clement Apaak, has asked the Director-General of the Ghana Education Service, Prof. Kwasi Opoku-Amankwa, to provide a detailed breakdown of the safety of students in the face of increasing COVID-19 cases in the country.

He said many stakeholders in the education sector had had reasons to publicly complain about the lack of adequate planning aimed at ensuring the protection of students on school campuses in the era of rising COVID-19 cases.

In a statement issued by the MP, he noted that those complaints were justified as the safety of students ought to continue to occupy the attention of the country at such a time, especially with new evidence from the Komfo Anokye Teaching Hospital (KATH) indicating that the virus, perhaps the new variant, infected children, contrary to previous assumptions that their immune systems could withstand the deadly virus.

Last Thursday, Prof. Opoku-Amankwa gave a breakdown of the PPE that the government had distributed to schools nationwide.

He further indicated that a team of monitors, including personnel from the Ghana Education Service (GES) and the Ghana Health Service (GHS), continually monitored, evaluated and reported on progress from the schools in terms of the prevention of the spread of the virus.

Dr Apaak, however, raised issues with regard to the team of monitors, asking if the team was a national team or a team per region or district?

“Equally, what is the regional breakdown of the teachers trained to help curb the spread of the virus in our schools?” he asked.

“It is instructive to note that the director-general could not deny the allegation that the government, through his outfit, failed to ensure that the PPE got to the schools before they were reopened. Why the government would have closed down schools as part of measures to control the spread of a virus and to protect students, will reopen same schools without first ensuring that the full complement of PPE were in all schools ahead of students reporting still baffles many.

“It is even more worrying, given that more people, including children, from a few weeks to 14 years old, are getting infected,” he stated.

Dr Apaak also expressed his disappointment that no serious attention was paid to the issue of inadequate furniture and overcrowding in some schools at the press briefing by the director-general.

“How do we expect social/physical distancing when four students share a desk meant for two? How do we ensure social/physical distancing when classrooms have 80 or more students? Are plans in place to immediately supply furniture-deficient schools with furniture? If the shift system is adopted to decongest schools, will the same teachers teach both shifts or new teachers will be recruited? If the same teachers will teach shifts, what plans have been made to compensate them for the additional work?