He also pledged his readiness to work with him in the advancement of Ghana’s development, saying “I want to assure you of my wholehearted determination to work with you to advance the peace, progress and prosperity of the Ghanaian people.”

President Akufo-Addo in a Facebook post on Thursday, January 7, 2021, praised Mr Bagbin for his dedicated service to the cause of Ghana.

“I must, at the outset, express my warm congratulations to my good friend and colleague of many years in this House, the Rt. Hon. Alban Sumana Kingsford Bagbin, on his assumption of office as the Speaker of the Eighth Parliament of the 4th Republic. Nearly three decades of devoted service to Parliament by you has culminated in this moment, which has seen your elevation to the third great office of state of our nation,” he noted.

The Clerk to Parliament, Mr Cyril Nsiah declared Bagbin winner after a rancorous election process characterised by a ballots snatching incident, a military intervention over disputes in how voting should proceed, and near fisticuffs over sitting arrangements on Thursday morning, January 7, 2021. 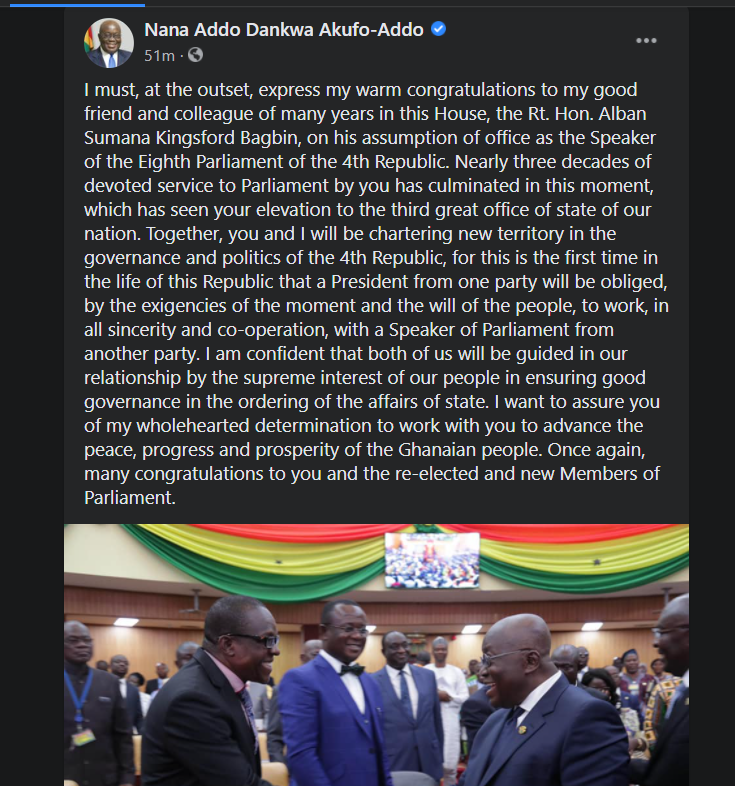