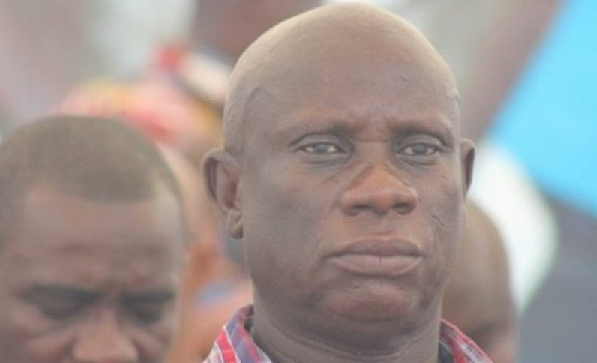 Details emerging from an audio recording which captures the voice believed to be that of that Deputy General Secretary of the New Patriotic Party (NPP), Nana Obiri Boahen reveals that the Presidency gifted the party GH¢50 billion for its extraordinary National Delegates Conference in Cape Coast last year.

The NPP held its National Delegates Conference at Cape Coast in August last year, at which various proposals were made for amendments to the party’s constitution.

But Mr. Obiri Boahen is heard lamenting about how he was given a paltry GH¢5,000 as a member of the resolution committee out of the GH¢50 billion.

“When we were going to Cape Coast the other time, I was given GH¢3,000 as a member of the Resolution Committee and an additional GH¢2,000 for fuel. Meanwhile, the Flagstaff House gave the party an amount of GH¢50 billion”, he alleged.

He bemoaned the fact that the party has no official vehicle in the wake of these huge sums being sunk into the party and its activities.

“If a visitor arrives at Kotoka right now and needs to be picked up, we have no car to pick that person because there are no vehicles at the party headquarters.

The private legal practitioner claimed he uses his own resources in carrying out activities for the party stating that in some cases he offers his services for free for the party and does not receive anything for his effort; citing the trial of suspects of J.B Danquah Adu as an example.

“John Boadu has not even called to tell me there is this contract from this Ministry so come and claim it. It has never happened so I am quiet and watching them.

“As the Deputy General Secretary of the party, NPP has been in power for 11 months they have neither given me a car nor fuel same. I use my own car and buy my own fuel. Recently when I traveled Spain they paid for my flight ticket. During a similar trip to Germany, someone paid for my ticket. I have no office of my own and I am not entitled to my salary”, he alleged invoking the wrath of several deities if he lied.