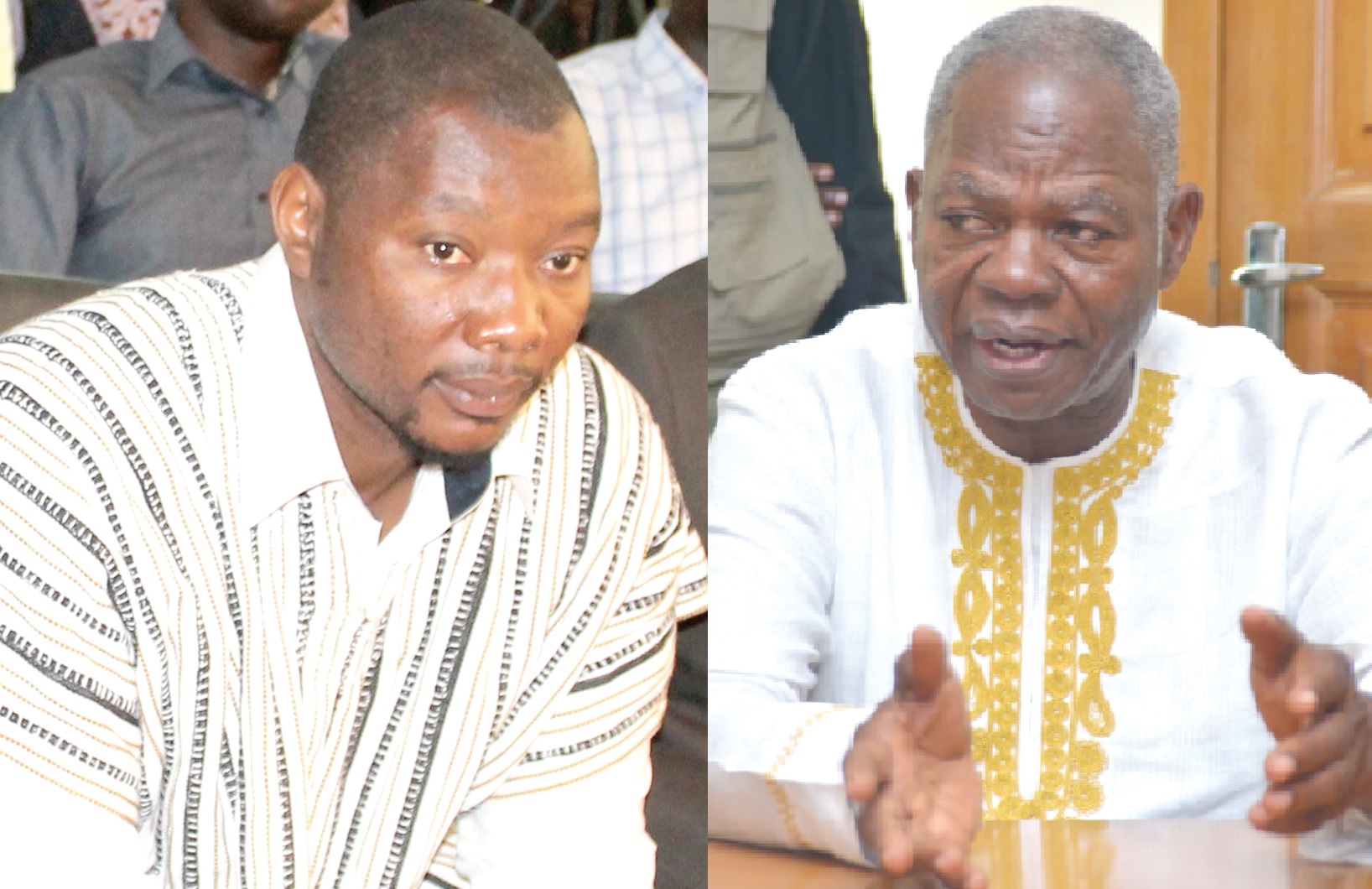 The People’s National Convention (PNC) is to sanction the party’s 2016 flag bearer, Dr Edward Nasigri Mahama, for accepting an appointment from President Akufo-Addo without the approval of the party.

The Chairman of the party, Mr Bernard Mornah, said the appointment of their former flag bearer came to them as a surprise and added that the entire party leadership had no knowledge of it.

Mr Mornah further indicated that Dr Mahama, who had been appointed as an Ambassador-at-large, did not hint any member of the party when he was consulted by the ruling party for a possible appointment.

He said the leadership of the party would be meeting later to determine the punishment for Dr Mahama.

His position as an ambassador-at-large means he would be an ambassador without a specific country but would be visiting countries to do government business at the behest of the President.

Whereas many political observers have applauded the move by the government as an all-inclusive act of governance, the PNC thinks otherwise.

Dr Edward Nasigri Mahama was on Monday, July 10, 2017, assigned the ambassadorial role by the President of the land.

His portfolio, ambassador-at-large, was granted him at an event held at the Flagstaff House in Accra on Monday, July 10, 2017.

The instrument that goes with the office was also handed to him by the President. He was among 21 persons who received their credentials to serve as ambassadors.

According to sources, Dr Mahama was invited in January by the President to discuss how best he could also help the country to develop.

The source said their discussions were centered on ambassadorial role, thus, ambassador-at-large, of which he willingly accepted.

Ambassador-at-large is an ambassador with special duties not appointed to a particular country.

But following the appointment, the PNC is to hold an emergency meeting to take a definitive decision on Dr Mahama’s acceptance of a position in the Akufo-Addo led government without informing the party.

The General Secretary of the party, Mr Atik Mohammed, stated yesterday that the news came to him as a surprise because the party was left in the dark over the appointment.

He further said the party would “have to take a decision over the matter”.

“The PNC is not like a kiosk where the owner can come in at anytime to clear the goods in it. There are rules on how the PNC should operate. We can only wish him well and the PNC will continue … May be there is a bigger opportunity ahead. But if you look at what he [Dr Edward Mahama] has done, his loyalty has been brought into question,” he noted.

Mr Atik Mohammed advised Dr Mahama to either resign from his position as leader of the party or be fired.

“The party will meet and take a decision. We cannot have a leader whose loyalty is not intact and I am not saying he is not a loyal PNC man. His continuous stay in office as our leader will have repercussions for the party”, he added.

Dr Mahama who is the PNC’s long-serving flag bearer said he did not need the blessing of his party before he could accept the appointment and explained that it was not an arrangement between the party and the current government.

“I only discussed the matter with my running mate when I was first approached in January this year. I do not think it was necessary to discuss the issue with the party because it is not a party matter. I was first approached about the matter in January and I asked to be given some time to think about it. We are not saying our members cannot serve in governments of other parties but they must seek party approval”, he disclosed.

Newly appointed Ambassador-at-large, Dr Mahama, has also said he will not disclose to the public the specific role President Nana Akufo-Addo has asked him to play in his new portfolio.

“I won’t mention it on air,” the five-time flag bearer of the PNC emphasised to an Accra based FM station.

The medical doctor, however, added: “It’s an area that I feel very passionate about.”

Dr Mahama said his appointment was “an honour to serve God, the nation and the President”.

In his view, turning down that opportunity would have been a show of “inordinate pride – which I don’t have”. “Serving this nation in any capacity is service to God,” he added.

Dr Edward Mahama said his appointment as an Ambassador-at-large by President Nana Akufo-Addo would not put extra burden on the taxpayer.

“In any consideration of this nature, you’re looking at the cost-benefit [analysis]. You don’t know what benefit I will bring to this nation in this position and the resulting financial or other gains that will come. You don’t know that because you are not the President.

I’m sure the President has calculated what I’m going to do for him and it is worth it and as I said, any opportunity, especially regarding the initial discussions I had with the President, for me, it’s good because I don’t think I will burden Ghana. I will be an ambassador who will make things better for Ghana in whatever role he asks me to play. I’m not somebody who wants to burden Ghana at all,” he said.