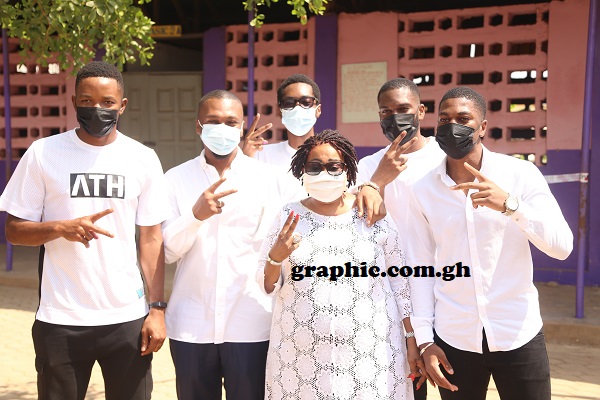 Former First Lady, Lordina Mahama has cast her ballot at the La Dadekotopon Constituency in the Greater Accra Region.

Mrs Mahama who was accompanied by her four sons voted at the Next Page polling station in Tse Addo. Her husband John Dramani Mahama is running for the Presidency on the ticket of the main opposition party, the National Democratic Congress (NDC)

The former First Lady initially declined comment after voting but she later stated that she would comment about the process later in the evening.

Speaking in an interview with the Daily Graphic, the polling officer of the station, Mr Samuel Otorkorno, said voting at the centre had so far gone on smoothly.