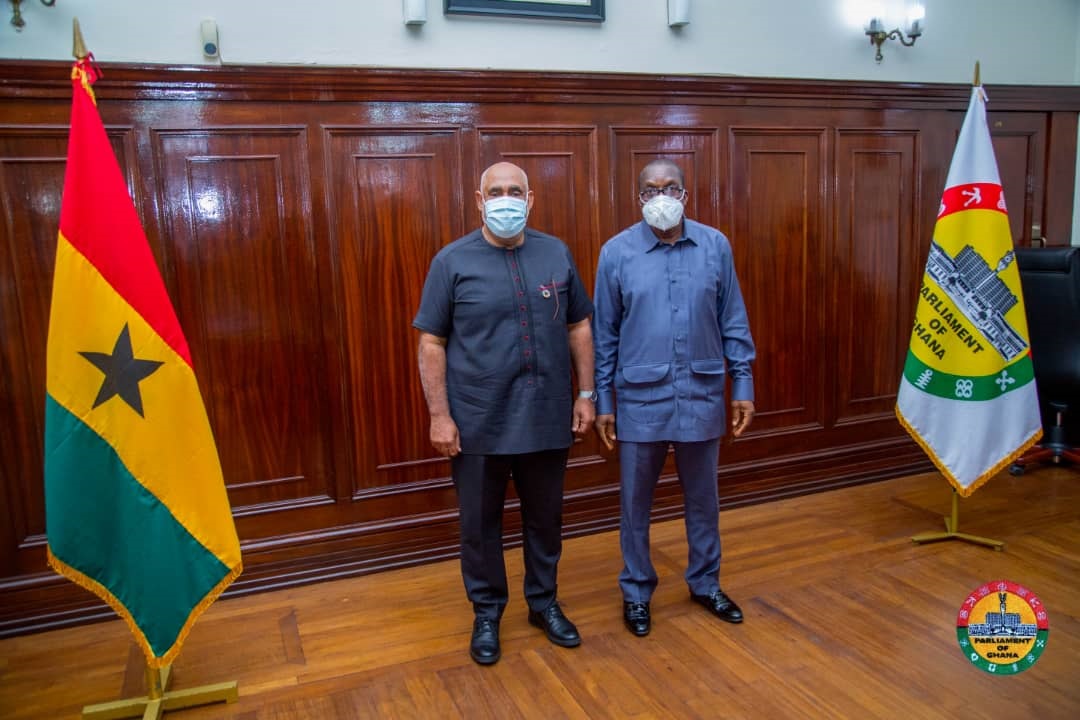 The Speaker of Parliament, Mr Alban S. K. Bagbin has expressed the commitment of the legislature to the attainment of the United Nations (UN) Sustainable Development Goals (SDGs).

The Speaker said Parliament would soon approve amendments to the current standing orders of the house which would open up the standing committees for broader engagements including issues bordering on the country's attainment of the SDGs.

The Speaker was addressing heads of UN Agencies in the country in Parliament Wednesday.

The delegation was led by Mr Charles Abran, the UN Resident Coordinator.

The delegation called on the Speaker to, among other things, discuss Parliament's role in serving as a catalyst to achieving SDGs and shaping a new framework of cooperation between the country and the UN.

The UN Resident Coordinator noted that the COVID-19 pandemic had taught the world an important lesson, that a network multilateralism was required to achieving the SGDs and peace.

He pledge the support of the UN to work closely with Parliament to address the many challenges confronting Ghanaians, particularly the protection for the marginalised and vulnerable in society.

“The UN stands ready to support with the principal objective of enabling Ghana realise its ambition of a prosperous inclusive, democratic and egalitarian state, building forward positively and confidently”, he said.

The Speaker announced Parliament's readiness to pass into law, the Affirmative Action Bill which was currently before cabinet.

He, however, cautioned that passing the law alone would not be enough to achieving the recommended 30 per cent representation of women in governance and reiterated the need for further education on the subject.