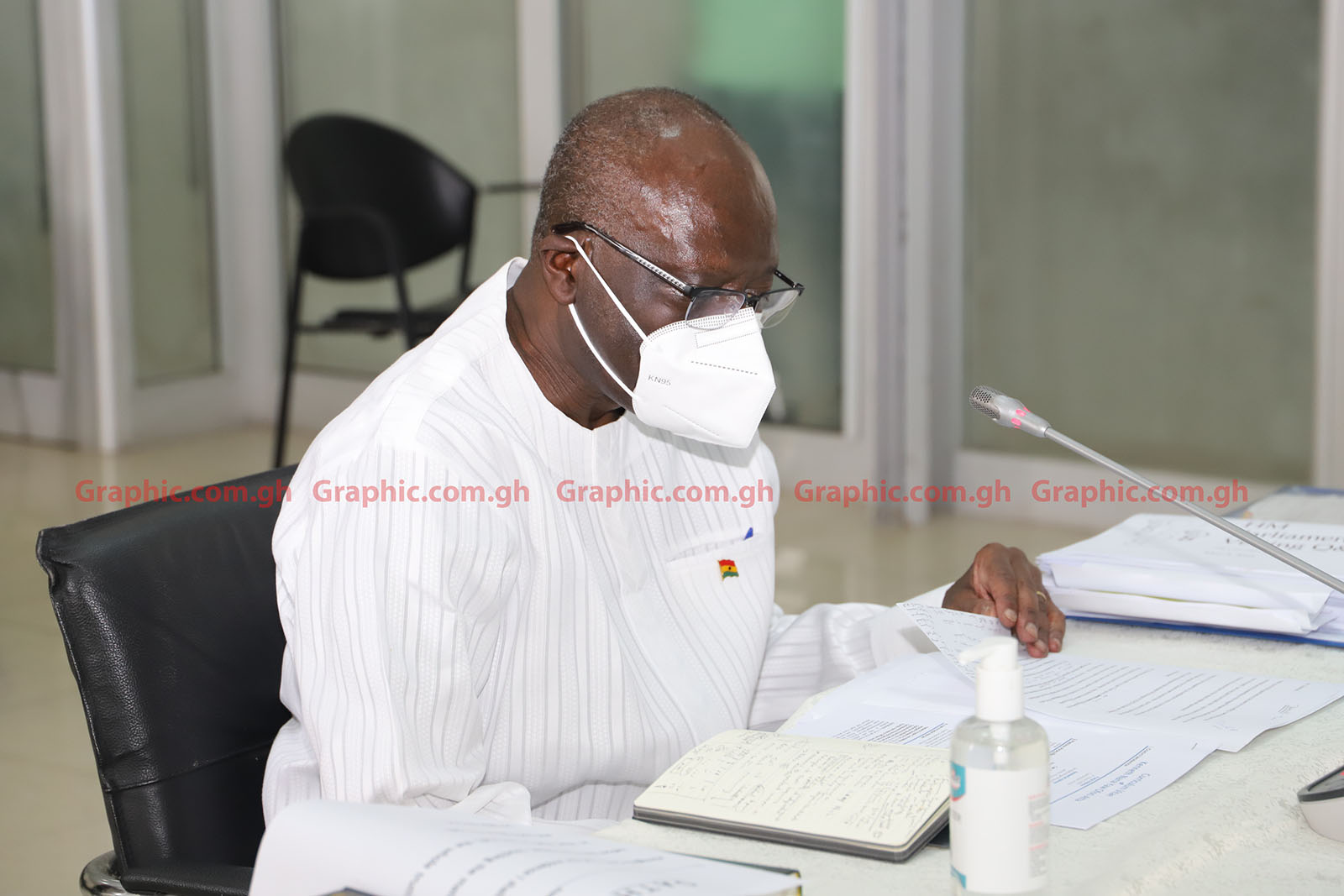 Parliament has approved the nomination of Mr Ken Ofori-Atta for appointment as Minister of Finance.

His approval followed a unanimous recommendation by the Appointments Committee of Parliament.

The committee on Monday presented its report where members had by consensus, approved Mr Ofori-Atta for appointment as the Minister of Finance.

The committee had recommended to the House to approve Mr Ofori-Atta's appointment.

The report was presented by the Majority Chief Whip, Mr Frank Annoh-Dompreh, on behalf of the Chairman of the committee, Mr Joseph Osei-Owusu.

Parliament, as a whole, endorsed the report and approved the nomination by a voice vote.

Mr Ofori-Atta now awaits his swearing in by the President.

Mr Ofori-Attah became the last of the President’s 46 appointees, comprising 30 ministers of state and 16 regional ministers designate, whose names were submitted to the committee for consideration and recommendation to the House.

Though scheduled for consideration among the nominees considered for the first batch, the nomination of Mr Ofori-Atta could not be considered because the nominee had to seek further medical attention in the United States of America.

Permission to that effect was accordingly sought and same was granted.

The committee met on March 26, 2021 and considered the nomination of Mr Ofori-Atta.

‘We’re not satisfied with his performance’

Seconding the motion for his approval on the floor Monday, the Minority Leader, Mr Haruna Iddrisu, told the House that Minority members on the Appointments Committee requested for some other information relating to the performance of Mr Ofori-Atta and had accordingly recommended that he should be approved by consensus.

“Mr Speaker, it does not mean that we are satisfied with his performance as Finance Minister. He probably will go and bear the brunt of his mismanagement of the Ghanaian economy in the last four years,” he said.

He said the appointee would bear the brunt of his inability to reconcile fiscal data, not providing enough details of how much the Bank of Ghana financed the government of Ghana in the 2020 period.

“We will demand more information on this matter because we are convinced that it is in breach of the law, Bank of Ghana Act, Fiscal Responsibility Act and Pubic Financial Management Act,” he said.

He informed the House that the minister came to Parliament to request for just GH¢10 billion for the propose of financing the government but by his own answers, as captured in the Appointments Committee’s report, he authorized the release of GH¢22 billion from the BoG.

He, therefore, questioned where Mr Ofori-Atta had the authorization for the BoG to release the amount to the government.

Wishing the minister speedy recovery, he questioned the capacity of Mr Ofori-Atta to bear the burden of Ghana’s economy which “is rising in public debt of over GH¢291 billion, representing over 76 per cent of GDP.”

Payment to McKinsey is rip-off

The Tamale South MP said the Finance Minister was also on record to have engaged a company known as McKinsey and Company Limited and paid them $1.5 million per quarter.

He, therefore, assured that the Minority would call for further investigations into the operations and activities of McKinsey in relation to the Ministry of Finance and the Ghana Revenue Authority (GRA).

“We have competent hands to do the work in Ghana; we do not need any McKinsey and Company Limited in Ghana for any purpose. It is a rip off of the state given the huge sums of money that are paid to the group,” he said.

He drew the House’s attention to a letter dated March 29, 2021 from the Public Interest and Accountability Committee (PIAC) which stated that the Ministry of Finance had engaged the Chairman of PIAC, Professor Kwame Adom Frimpong, for a meeting on Wednesday, April 7, 2021 to reconcile outstanding issues, including an amount of GH¢2.4 billion of oil revenue.

“We need to resolve the puzzle and find adequate and satisfactory answer as to the whereabout of this money in order that we just optimal and prudent use of our oil resources as a country,” he said.