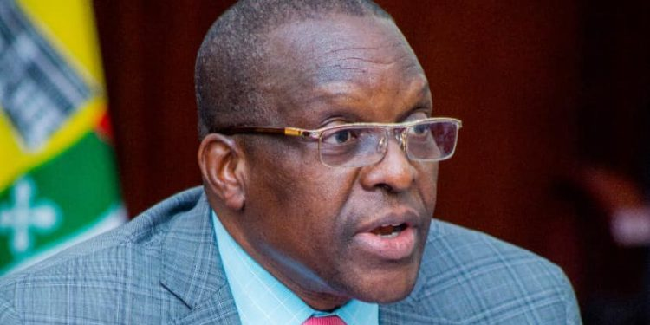 The Speaker of Parliament, Mr Alban Sumana Kingsford Bagbin, has stressed the need for Parliament and civil society organisations (CSOs) to forge a stronger partnership to strengthen the legislature to effectively perform its oversight responsibility over the Executive.

He said many CSOs were already engaged in exercising oversight in areas of good governance, anti-corruption and research, hence the need for Parliament to tap CSOs' expertise and exercise stronger oversight over the "all-mighty Executive".

We are committed and a signatory to open, transparent, accountable governance and participation, and making such commitment work requires stronger partnership between Parliament and CSOs for us to play our function as people's representatives," he said.

Speaking during a meeting with some CSOs in Parliament yesterday, Mr Bagbin expressed his commitment to assign various responsibilities to the CSOs based on their expertise to help fortify the legislature.

"While we try to support and strengthen Parliament with the requisite quality human resource, we need to rely on your experience, knowledge and expertise to get things moving.

"If we are able to do that at the end of the day, then Parliament itself could stand up against the all-mighty Executive to ensure that they do what the people of Ghana voted them to do and ensured that what they promised to do is done;' he said.

The meeting allowed the Speaker and the CSOs to discuss how best Parliament and CSOs could partner to strengthen the legislature to perform its oversight functions more effectively.

The Speaker said since 1993, Parliament had been passing laws that talked much about the Executive at the expense of other arms of government.

He particularly expressed worry over how when he took office as the Speaker, he met an empty office with no handover notes and staff to support him, remember when we worked on the Presidential Transition Act, we were more concerned about transition in the Presidency, not Parliament.

"So, how do I get to know what happened before I came, who am I to work with, how are they going to be recruited, what is the structure of the Speaker's secretariat, what kind of professional mix do you need in the office? There is nothing to guide Mr Speaker," he said.

Expressing his commitment to restructure Parliament from 2022 to make the institution stronger, Mr Bagbin said he also planned to focus much attention on the issue of legislation and representation, especially creating offices for MPs in their constituencies.

According to him, it was wrong for MPs to use their personnel money to create offices and run activities in their constituencies, saying that no public servant used his pocket money for operational cost and other things.