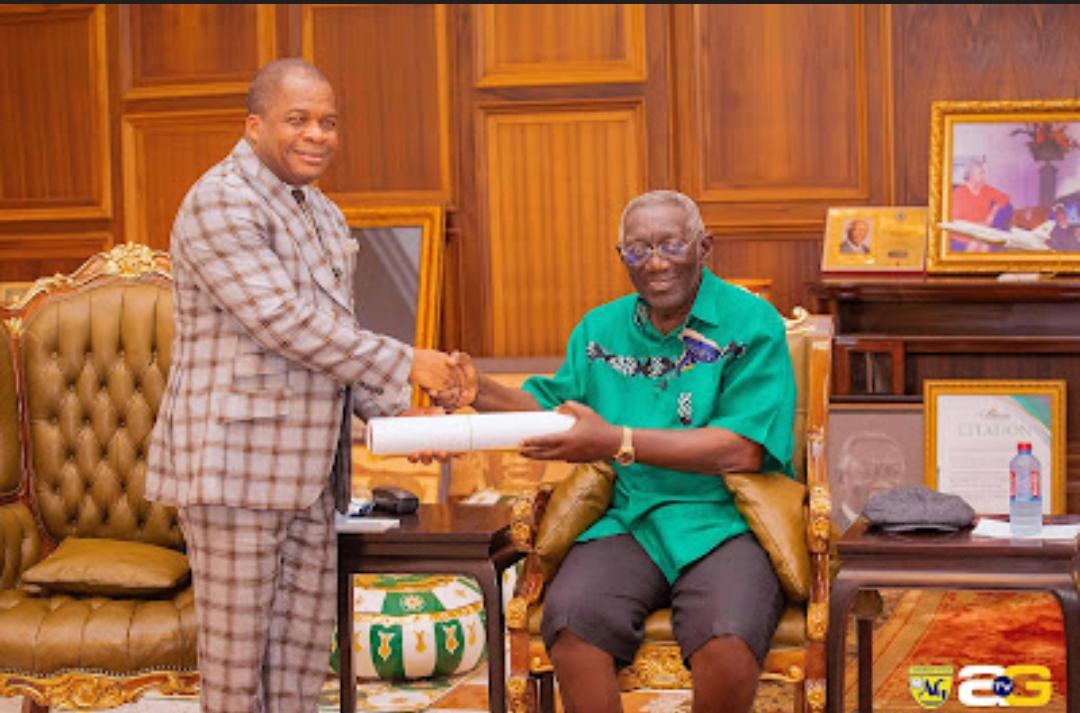 One political party does not have the solution to all of Ghana’s problems, bring everybody, no matter their backgrounds on board, the General Superintendent of Assemblies of God, Ghana, Rev Stephen Wengam has urged the government.

Commending the Akufo-Addo led government for the efforts in trying to stabilise the economy, Rev Stephen Wengam called on the “government to bring everybody, no matter their backgrounds on board”, noting, that “no one party has the solution to all Ghana’s problems”.

Rev Wengam since becoming the leader of the church, has been traveling across the country and interacting with leaders from various backgrounds.

He made the call when he led the Executive Presbytery of the Assemblies of God, Ghana to meet former President John Agyekum Kufuor at his residence in Peduase in the Eastern Region.

The visit was to introduce the new leadership of the church to the Former President.

It was also to share the church’s vision with him and commend him for his exemplary leadership both as President of Ghana and after he left office.

Mention was made in particular of former President Kufour’s bold and decisive decision to lead Ghana into the Highly Indebted Poor Country (HIPC) initiative, social interventions such as the National Health Insurance, School Feeding Programme among many other initiatives undertaken during his tenure as testament of his excellent leadership as President. 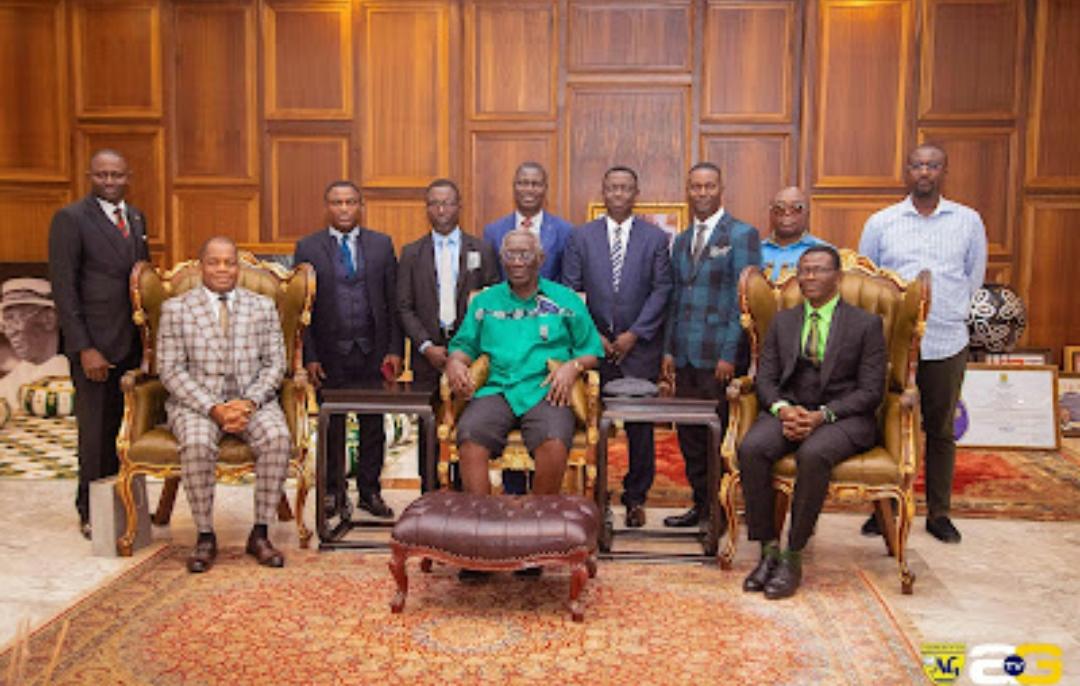 Rev. Wengam recalled commendations he had witnessed in international circles of President Kufuor for his contribution to solving conflicts and election disputes in other African countries and remarked, that the visit was to “celebrate him and to show that he is loved”.

He remarked that even after leaving office, President Kufuor has shown so much leadership of exemplary proportions.

The Assemblies of God General Superintendent used the occasion to brief the former President of the global impact of Assemblies of God as the largest Pentecostal denomination with more than 70 million members. In Ghana, he said, Assemblies of God has “contributed significantly to social aspects of the country, especially the educational and health sectors.”

Rev. Wengam further briefed the former President on the vision of the new leadership tagged, the transformation agenda and invited him to his induction service on the 25th of February, 2023

Rev Stephen Wengam also commended the government for the efforts it is putting in place to stabilise the economy. He called on the “government to bring everybody, no matter their backgrounds on board”, noting, that “no one party has the solution to all Ghana’s problems”.

Former President Kufuor recalled his first association with AG Ghana as a child, when a friend invited him to an AG church. That was when he noticed the communality of Assemblies of God churches.

He commended Assemblies of God for running its administration on the lines of democratic governance.

He noted that just as God used the prophets and Judges and later the monarchical system, so are the spiritual and physical aspects of governance intertwined.

He expressed the need to appreciate the spiritual, but stressed that the church cannot be exclusively spiritual, siting Assemblies of God Ghana’s investment in social interventions, such as schools and hospitals.

Former President Kufuor congratulated Rev. Stephen Wengam on his election to the office of General Superintendent, noting his contribution to the discourse on national development and hoped that his leadership would not only serve the church but the community at large, exhibiting the spirit of servant leadership.