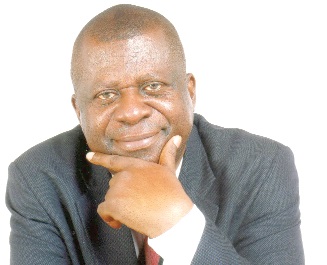 The rallying cry, producing euphoria among teeming followers of the Danquah-Busia-Dombo (DBD) tradition today, is ‘breaking the eight’.

It is, however, important to point out that this is achievable or doable only with a critical evaluation of major issues that went wrong in 1979 and 2008, and are still hunting us, and do what is expected of us.

The correct acronym for our tradition in terms of seniority is Danquah-Busia-Dombo and not Danquah-Dombo-Busia.

Professor Busia is credited in our historical achievements for having brought academia into politics in 1953, with the likes of Dowuna, the then Registrar of University of Ghana, Ashe Nikoe and others.

In 1957, S.D Dombo, leader of the Northern People’s Party (NPP), whom I always refer to as the doyen of politics of northern Ghana, made a rare monumental sacrifice in ceding his automatic opposition leadership to Professor Busia.

His actions changed the political fortunes of this country.

In the 1956 elections, NPP obtained 15 seats, while the National Liberation Movement (NLM) had 12, with the Ghana Congress Party, which was a remnant of the UGCC, having one in the person of Professor Busia.

It was in December 1957 that all the minority parties in the then Parliament united to form the United Party (UP), with Professor Busia as leader and R.R Amponsah as Secretary.

One major factor that accounted for the defeat of both the Popular Front Party and the United Congress Party (UNC) was the false start of the lack of unity, which split them, with all respect to Rene Dumont in his book False Start in Africa.

Some leading figures of the UNC, including Dr Agama, Dr Obed Asamoah, Sam Okudzeto, Harry Sawyer, Peter Ala Adjetey and G.W Amartefio, were not students of the Danquah philosophy.

The UNC had earlier metamorphosed from Movement for Freedom and Justice and had fought the Acheampong’s Unigov concept as a political pressure group.

While the UNC was preaching ‘broad based’ party, the PFP, led by BJ Da Rocha, was calling for narrow-based party.

Aligned to the earlier explanation, one issue which robbed both the UNC and the PFP of power was personality clashes.

Firstly, within the legal landscape, the questions had been “who was who” between the Chamber of Okomfo Anokye and Yaanom Chambers.

Victor was the first Attorney-General under the National Liberation Council for 18 months, only to be replaced by NYB Adade who continued in this position when the Progress Party came to power in 1969.

However, following the Salah’s case of “Apollo 568 fallout”, Victor Owusu replaced NYB Adade again as the Attorney- General and Justice Minister after a reshuffle.

Victor was allegedly accused by NYB Adade and others of not having done much for the PP government because of his affiliation with the trial Judge, Justice Frederick Kwasi Apaloo, who was his friend and pupil mate at Kwakwaduam.

Then also, while the Victor Owusu group supported Colonel Asare, that of Adade opted for Colonel Acheampong as First Infantry Commander who had the nod only to overthrow the PP Government after six weeks in office.

Many disciples of the Danquah tradition are of the erroneous impression that the Akyems did not help Victor Owusu, especially in the second round of the 1979 elections.

The records available speak otherwise. Dr Jones Ofori Atta, a half-brother of Paa Willie, was Victor’s right-hand man. Victor told us at his house in Putney, London, that it was rather his own leading Ashanti politicians who let him down.

He made mention of NYB Adade, RR Amponsah, Gen Afrifa, Professor Adu Boahene, Yaw Manu, Osei Duah and others as those responsible for his defeat.

It is significant to note that Ashantis and Akyems have been one people and have always spoken with one voice.

No wonder, NLM, which had been formed by the Ashantis and was Kumasi based, was adopted by JB Danquah and others of the Southern Sector as the sole political party that contested the CPP, NPP and others in the 1956 elections.

Perhaps, of all the factors that accounted for the defeat of PFP by the PNP, late leadership selection stands tall.

The main financier of the PFP, Victor, who had become the de facto leader, needed clearance from the Taylor Assets Committee, which came late.

Prior to this, Tolon Naa Yakubu Tali, the National Chairman, also acted as leader officially. This development seriously affected the PFP fortunes while Paa Wilie and Dr Hilla Liman had the field day.

The factors accounting for our defeat to the NDC in the 2008 elections are very fresh on our minds, but I will single out one important issue for discussion purposes.

We went into the elections as a divided house; apathy reigned supreme as a result of 17 aspirants contesting for flagbearership, and this impacted seriously on the parliamentary primaries too.

The debate continued that while the then President, JA Kuffour, was at Wenchi waiting for the final onslaught campaign, the legal team of the party was in court in Accra seeking an injunction on the bye-elections. Confusion galore!

One matter that all ardent supporters of our tradition allude to is that we are not good with propaganda, which is a “modern political tool”.

We are aware of the tremendous effort being put up by our communications team, spearheaded by Mr. Yaw Buaben Asamoa and his team.

From 1969 to date, we are yet to find our formidable feet. In 1969 when the PP came under regular and serious attacks, led by “Kofi Badu’s Spokesman”, it was lonely “Kwadzo Dumoga of Star” who responded positively to such allegations.

When President Kufuor also came under similar attacks on the “Hotel Waawaa” episode and the alleged Iraqi-American lady’s relationship, it was the Statesman newspaper that came to the rescue.

Mr Kojo Oppong Nkrumah has lived up to expectation, and has been performing creditably. However, the battle for 2024 calls for a supplement of a reliable robust and resilient communication team akin to the Press Bureau of the Castle, led by Opoku Acheapong, during the Rawlings regime.

Ordained by the oracle, the grand and the great-grandchildren of Nana Sir Ofori Atta, knighted in 1928, have found themselves at the helm of affairs in the country.

These include President Akufo-Addo, Ken Ofori-Atta, Gabbby Asare Otchere-Darko and others. It is worthy of note that Gabby holds no position.

One thing about this country of ours is that people make unsubstantiated, non-factual and non-evident allegations against political leaders and their cohorts.

Under this Fourth Republic, the NDC had theirs: the Dzelukope Mafia Rawlings, John and Ibrahim Mahama Gonja Mafia, and lately the Akyem Mafia of the NPP.

What amazes me most is that those of Ofori Panin House receiving appointments are people of rich backgrounds, either PhD holders or people with expertise in their chosen fields.

Let me pause here and ask: of the over three thousand appointments made by the President, how many are from Kyebi or Abuakwa? They are insignificant, percentage wise.

Didn’t Ofori-Atta leave his lucrative Data Bank job as founder to co-ordinate the financial section of the Akufo-Addo campaign from 2008 to 2016? Wasn’t it a gamble? With Gabby Asare Otchere-Darko, the least said about him the better.

People have erroneously labelled him as the “De facto Prime Minister” of Ghana because of his special relationship with the President.

Tony Blair of Great Britain had Alastair Campbell, George Bush also had his own of Karl Rove and Bill Clinton and Vernon Jordan, the Civil Rights Leader, remained inseparable.

We can also equate Gabby’s role for President Akufo-Addo to that of Jordan who masterminded the two presidential successes of Clinton, but took no political appointment.

Those of us who have known Gabby for years are aware of how he had worked day and night, tirelessly, for Akufo-Addo’s political fortunes, dating back 2008 to date. This was done at the supreme cost of his health.

The future is bright and history is on our side if we do it right.

As we congregate in Kumasi to draw our final Road Map that will lead to elections of future Polling Station, Constituency, Regional and National Executives; Presidential and Parliamentary candidates, I pray for God's guidance and mercy.

Happy Yuletide to you all fellow Kukrudites.

The writer is a former MP, Kumawu, & Chairman of Nation Research Committee, NPP.