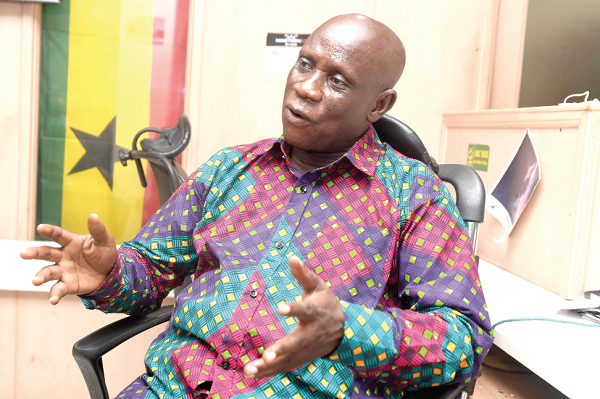 The Deputy General Secretary of the New Patriotic Party (NPP), Nana Obiri Boahen, has said he will pursue a mission to ensure that the party elects a competent and winnable flag-bearer from the northern part of the country for the 2024 presidential election.

“I think many of our party members will side with me that, the time for a northerner to lead the NPP into elections is now,” he said.

Speaking to the Daily Graphic last Thursday, Nana Boahen said although he would not mention any name for now, the most important thing was to ensure that a northerner who has all the qualities leads the party in Election 2024.

The NPP deputy scribe, who is also a private legal practitioner, said the greatest mistake the party could make going into the next presidential election was to elect a presidential candidate outside the five regions of the north.

Nana Boahen said the history of the NPP and by extension, the Danquah, Busia, Dombo political tradition, could not be written without recognising the tremendous role party members from the northern part of the country play.

“Our party has a rich history, and our brothers and sisters from the north have a huge stake in that history.”

“Over the years, NPP members from the northern part of the country have served the party faithfully and deserve to be given the opportunity to also lead,” he stated.

He added: “So, I am going to devote a lot of my energy and resources to go round the nation to ensure that not only a party member from five regions of the north becomes our presidential candidate for 2024 but also goes ahead to win the presidential election.”

Nana Boahen said rooting for a northerner as a presidential candidate did not connote playing the tribal card.

“This has nothing to do with tribal issues, but anybody with the right political lenses could see where our presidential candidate should come from this time round. And the candidate must not just come from the north but equally more important, the person must have proven competencies to steer us to victory. This is a reality we have to face as a party that this has nothing to do with tribal issues. We are a national party and need to play to the dictates of the time,” he stated.

The deputy general secretary said there were several party members from the north who were qualified to lead the party.