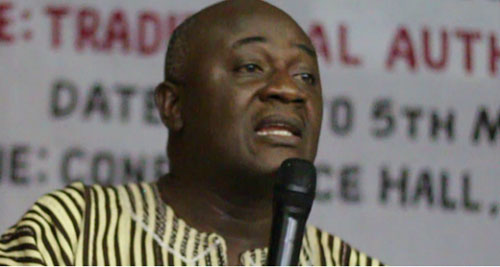 The Minister of Local Government and Rural Development, Mr Dan Kwaku Botwe has explained it was not true that all Metropolitan, Municipal and District Chief Executives (MMDCEs) have been directed to leave office and handover to the Coordinating Directors by May 20, 2021.

Explaining, Mr Botwe said there has not been any directive either from his Ministry or from the Presidency to that effect.

Rather, he said the speculation started on social media.

He said the Chief of Staff has not issued any statement of that nature from the Jubilee House.

He confirmed that the Ministry was aware of agitations for and against some MMDCEs for them to be either removed or re-appointed and that the President was yet to make the re-appointments and said that would soon be done.