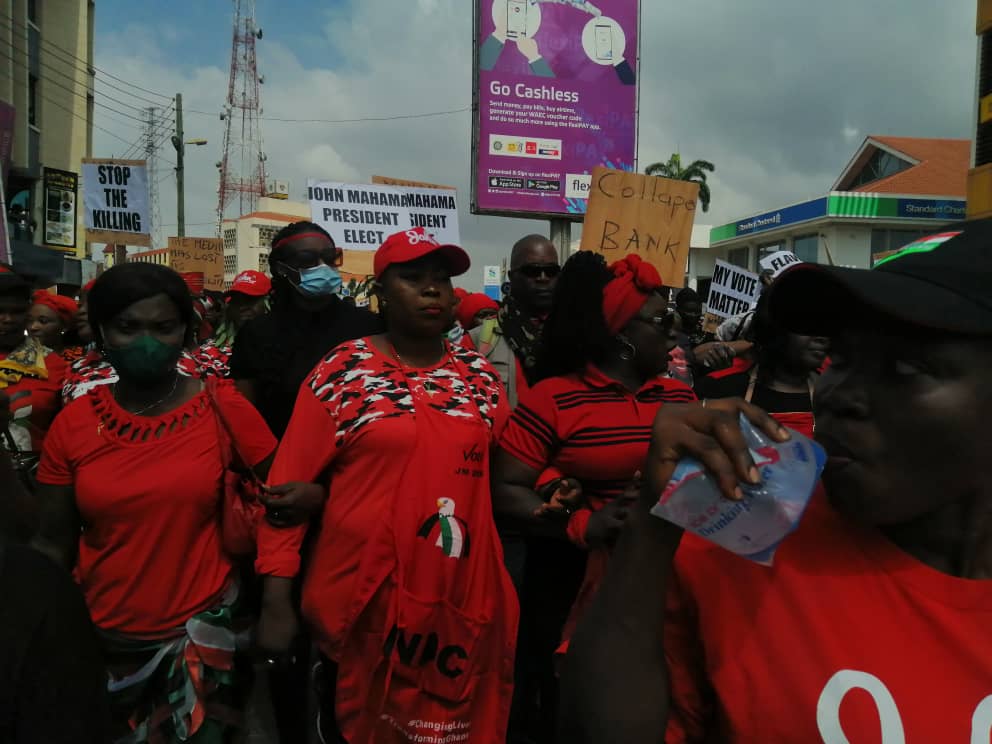 The women’s wing of the National Democratic Congress (NDC) led by the National Women Organiser, Dr Hannah Louisa Bissiw on Tuesday, December 15, 2020 went on a street demonstration to protest results of the December 7, 2020 elections.

The group accused the Electoral Commission (EC) of conniving with the governing New Patriotic Party (NPP) to rig the election.

Clad in red and black shirts and holding placards, the women marched from the Amakom roundabout, through some principal streets of Kumasi and ended at the Ashanti Regional of the EC, where they presented a verbal petition to the EC.

Even though the group did not inform the police about the march, the police provided them with protection and led them throughout.

The police cordoned off the premises of the EC which is next door to the Ashanti Regional Coordinating Council with barricades to prevent the protestors from having access to the premises.

Addressing the media, Dr Bissiw said as women, they were protesting against what they described as the broad day light robbery by the EC in favour of the NPP.

The women called on the EC to let the votes of people of Ghana who voted for the NDC count and to let peace prevail in the country.