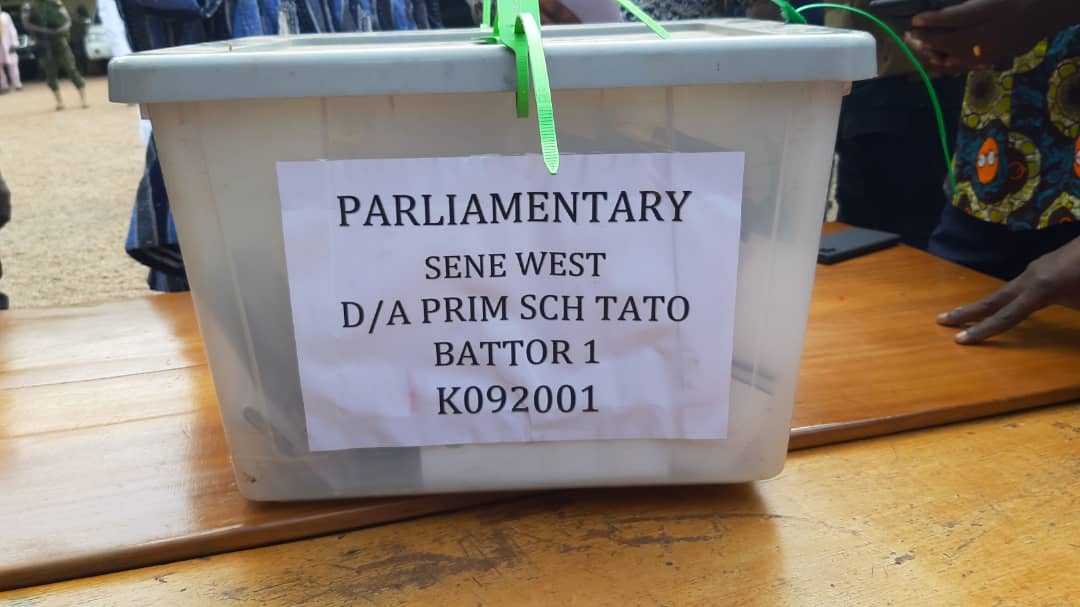 The National Democratic Congress (NDC ) has retained the contentious Sene West Parliamentary seat with a difference of 16 votes.

The NDC's Parliamentary Candidate for Sene West, Mr Kwame Ampofo Twumasi was Thursday evening [December 17, 2020] declared the winner of the December 7, 2020 Parliamentary election in the area.

He polled 13,116 votes, which is 16 votes more than the 13,100 that the New Patriotic Party's (NPP) candidate, Joseph Kumah Mackay obtained in the hotly contested election.

The National Democratic Party's (NDP) candidate in the election, Caesar Fomekah had 191 votes while a total of 660 votes were rejected. 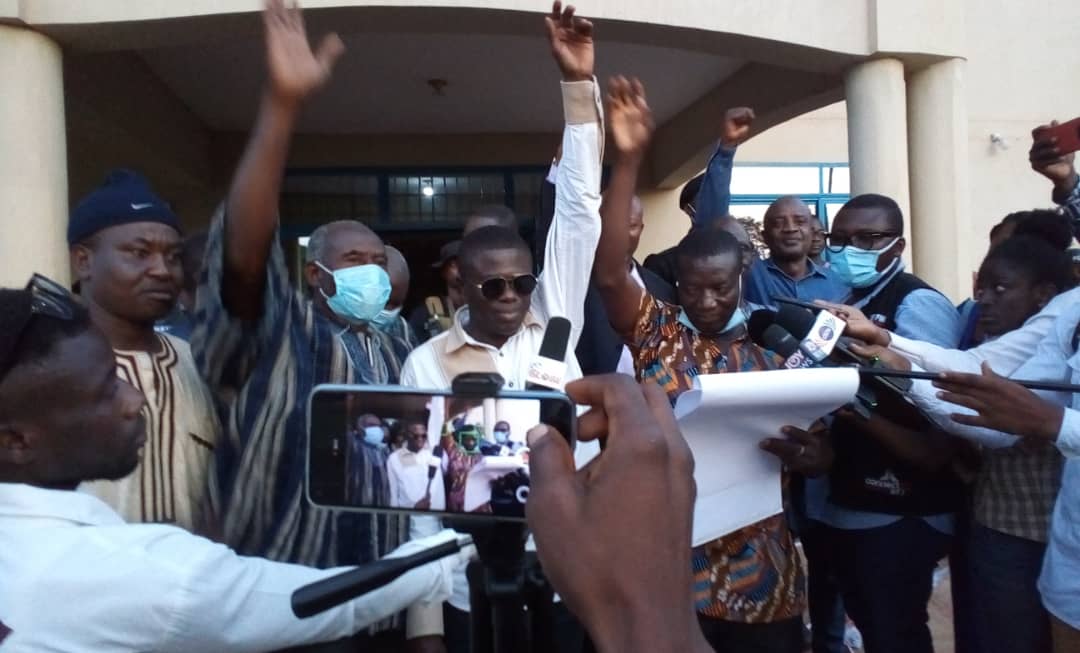 In the contentious D/A Primary School Tato Battor 1 polling station where a ballot box was snatched and resulted in the matter ending up in court, the NDC won that polling station with 275 votes as against the NPP's 148 votes, reports Graphic Online's correspondent, Emmanuel Adu-Gyamerah.

The votes in the disputed ballot box was counted Thursday afternoon [December 17, 2020] following a court order.

The new results brings the division of Parliamentary seats at the national level between the NPP and NDC to 137 each with one Independent MP-elect.

Emmanuel Adu-Gyamerah reported that the collation of the results was made possible after the Wenchi High Court, presided by Justice Frederick Nawurah struck out the NPP's candidate, Joseph Kumah Mackay motion earlier in the day and described his action as premature.

Mr Mackay had filed an interlocutory injunction on the poll and also asked the court to declare the winner of the election.

He, however, withdrew the injunction when the court sat on the matter on Tuesday thereby paving the way for the High Court to rule on the relief that he should be declared the winner of the election during Thursday's sitting.

While the court awarded GH¢6000 cost against Mackay for the injunction, an additional GH¢14,000 was awarded against him when the court sat Thursday.

In his ruling, Justice Frederick Newurah ordered that the Electoral Commission should be allowed to continue with the process and described the motion filed by Mackay as "iredeemably incompetent."

The small Wenchi High Court room was packed to capacity with bigwigs from the NPP and NDC leaving very little room for the media to cover proceedings.

Outside the courtroom, armed policemen and military men stood all the way from the Wenchi roundabout to the court premises.

After the ruling, the two parties accompanied officials of the EC to the Techiman Divisional Headquarters of the Ghana Police Service where counting of the disputed ballot box from the Tato Battor was opened and counted.

The NDC won with 275 from the disputed Tato Battor Polling Station while the NPP's candidate had 148 votes.

Supporters of the NDC who had waited all day long could not hide their joy as they burst into singing of their party's songs after the Sene West Returning Officer, Mr James Agasiba finally declared the results at about 5.30 pm to bring an end to the disputed election.

It was a tiring day as officials of the EC a nd representatives of the NDC and NPP have to painstakingly go through the results of all the 84 polling station, including the special voting before coming agreeing to the votes each candidate obtained.

In an interview, the Sene West MP-Elect, Mr Twumasi-Ampofo thanked people in the constituency for giving him another mandate to serve them and promised to work hard to enable them realise their aspirations.

The Sene West NPP candidate in the December 7, 2020 polls placed an injunction on the collation of the results after one Christian Nukpeta snatched the Tato Battor Polling Station ballot after the election.

When the box was retrieved from him, the seal of the NPP had been tampered with thereby compelling Mr Mackay to place an injunction on the counting of ballots in that box.