National Cathedral Board of Trustees men of integrity - Prof. Frimpong-Manso 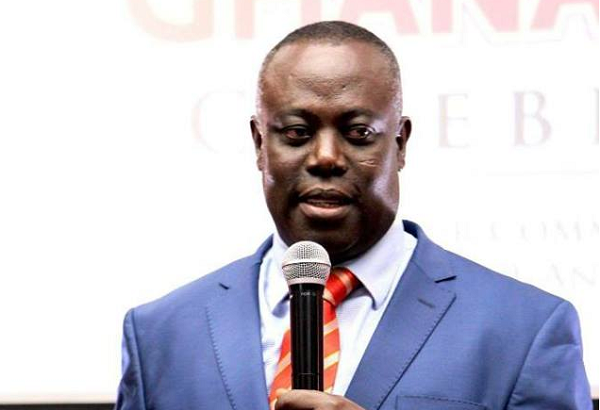 The General Superintendent of the Assemblies of God Church, Reverend Professor Paul Frimpong-Manso, has charged Christians not to allow political actors to divide their front in their resolve to support the building of the national cathedral.

He stressed that the Board of Trustees was made up of men of integrity and not thieves or criminals, and had committed to the proper use and management of the money dedicated to the building of the cathedral.

They would also ensure that the cathedral was built to the glory of God, Rev. Prof. Frimpong-Manso.

Speaking at the 30th Biennial General Council meeting of the church in Cape Coast yesterday, the Assemblies of God General Superintendent said the Board of Trustees of the project was determined to build the cathedral in honour of God and Christians and, therefore, urged churches and Christians who were in the capacity to support the project to do so.

He added that the 70 per cent Christian population in the country must fi rmly defend the building of the sacred edifice which would promote Christian tenets for the good of the Christian community and all Ghanaians.

The meeting at the University of Cape Coast was on the theme: “Oh Lord Revive Thy Work”. About 3,000 members of the church are attending the meeting which will also elect new executive members for the church.

Prayers were offered for the nation in thanksgiving to God for the peace in the nation, and supplications made for the efficiency of its institutions.

Rev. Prof. Frimpong-Manso said it was worrying that the cathedral, its visionaries and trustees in charge had been so vilified, causing confusion in the country and even among Christians.

Rev. Prof. Frimpong-Manso said if Christians came together with a united front and supported the vision, it was achievable. “It is doable. Let’s prove the skeptics wrong,” he stated.

The General Superintendent of the Assemblies of God Church said the government was to provide land, an architect, an office and seed money per the project arrangement.

Rev. Prof. Frimpong-Manso also urged pastors to be law-abiding so as not to clash with the law.

He also commended the media and appealed to them not to allow politically motivated journalists to destroy the image of the profession.

Rev. Prof. Frimpong-Manso also expressed worry over the endemic nature of corruption in the country, saying it had permeated even the Church.

The IGP also asked all to be security conscious, especially during church services, considering the rising incidence of terrorism, kidnapping, child trafficking and robbery in West Africa.

Preaching the sermon, Rev. David Eugene Stewart Junior, a Presbyter of the Eastern Massachusetts Assemblies of God Church, asked Christians to remember that the kingdom business was the work of God.

He urged them not to undervalue the work God had given them as individuals but must work with the understanding that God would build his Church and make it grow.

The meeting also honoured 12 individuals, including a former Chief Justice, Georgina Theodora Wood; a former Minister of Finance, Dr Kwabena Duffuor, the IGP and four institutions for their immense contributions to the development and growth of the church.