Nation-building centre of my leadership - Osei-Adjei 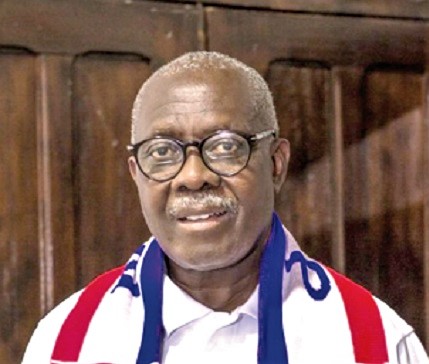 An aspiring national chairman of the New Patriotic Party (NPP), Akwasi Osei-Adjei, has pledged to put nation-building at the centre of his leadership.

That, he said, would be spearheaded by a fluid communication between the government and the party as well as constant interaction with other political parties to ensure that government policies were bought into by other stakeholders.

“I believe political party chairmen and other executives should be meeting often to discuss the welfare of the state and for that matter, for the benefit of the people,” he stated.

In an interview with the Daily Graphic on March 1, 2022, Mr Osei-Adjei, said political parties should not be seen to be antagonistic but promote a unity of purpose for the development of the country.

Such interactions, he said, would also reduce if not eliminate the tensions and anxiety that characterised elections.

He explained that any policy that was to be put in place should carry the people along and that could be achieved through regular interactions even before the policy was introduced.

He cited the introduction of the Electronic Transfer Levy (E-Levy) bill, stressing that consultations could have been done long before it was even introduced.

“I will change that under my leadership as chairman of the NPP,” he stated.

Mr Osei-Adjei said the NPP had done a lot for the development of the country but it appeared the eight years were not enough to transform the nation.

“We are building a nation and eight years is not enough. Take a look at education for example; the more people are educated, the better the nation will be. We need more years to improve the lives of the people,” he stated.

He said he would lead the party to also bridge the gap between the government and the party.

Mr Osei-Adjei, who served as Minister of Foreign Affairs and Regional Integration under former President John Agyekum Kufuor’s administration, said he would bring his expertise as a legislator for 12 years from 1997 to 2008, to bear on the relationship between the party and the government.

As to whether he was not entering the race too late, Mr Osei-Adjei said it was “not late at all”.

“What I have been doing is to seek clearance from key stakeholders. It is like acquiring a land; you need to clear the bush before you start building,” he said.

He said he had what was required to lead the NPP into victory in 2024.

“I am prepared, and I will go a long haul. I have to go in to win, not to just add to the numbers. I am going in with the expectation, and I am very confident that it will be mine. We are at a crossroads, and we need somebody with a bit of diplomatic acumen,” he said.

Mr Osei-Adjei urged delegates to elect leaders with the requisite knowledge and skills to unite the party and uphold tenets such as sacrifice and service to the party as those qualities were required to enable the party to ‘break the 8’.

“It is, therefore, imperative for the NPP to choose experienced and mature leadership with the requisite wisdom to go back to our roots, resurrect the NPP spirit of old and uphold our value of service, sacrifice and reward,” he stated.

He pledged to empower the grassroots, strengthen the party’s internal democracy and foster consensus-building as well as unite the party to make it more “formidable and attractive for purposes of breaking the 8”.