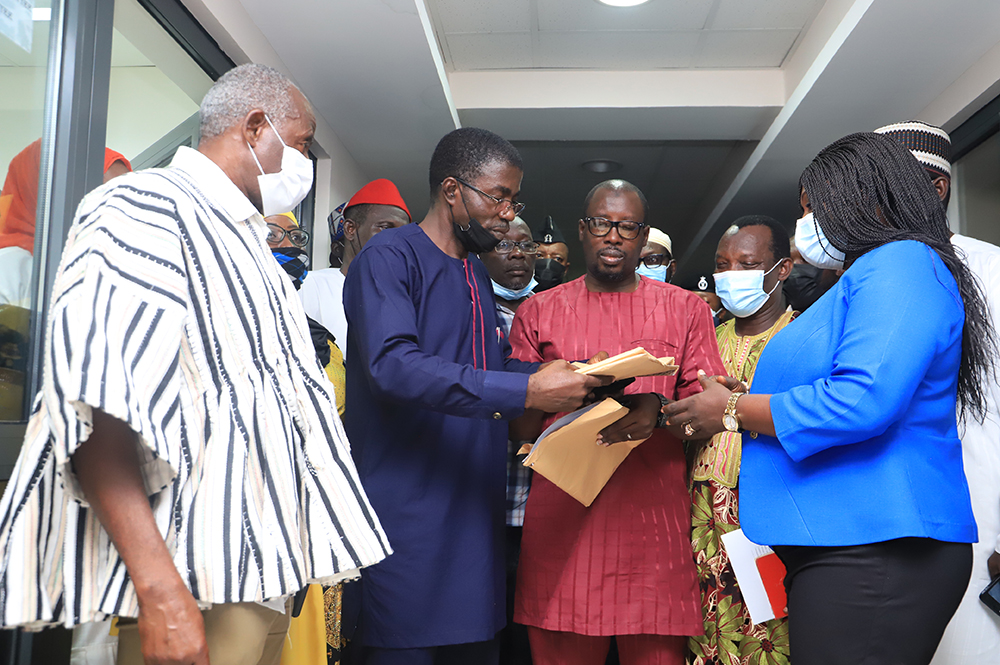 More religious organisations have thrown their weight behind the Promotion of Proper Human Sexual Rights and Ghanaian Family Values Bill.

The latest to join the call on Parliament to pass the bill into law are the Ghana Catholic Bishops Conference (GCBC), the Presbyterian Church of Ghana (PCG) and the Coalition of Muslim Organisations, Ghana (COMOG).

The groups were unanimous in their submissions that under no circumstance should the country entertain the activities of Lesbians, Gays, Bi-sexual, Transgender, Queer and Intersex plus (LGBTQI+).

The GCBC, in a memorandum to Parliament, rejected the argument that the LGBTQI+ community had rights, for which reason nothing should be done to curtail their freedom to operate.

“Human rights protect or are intended to protect the dignity of the human person against state and society. Specific human rights include the right to life, personal liberty and due process of law; to freedom of thought, expression, religion, organisation and movement; to freedom from discrimination on the basis of race, religion, age, language and sex; to basic education, employment and property,” the memorandum, signed by the President of the GCBC, the Most Rev. Philip Naameh, said.

Nevertheless, it said, the church’s understanding of human rights and the rights of homosexuals as persons did not include same sex marriage which, it said, was morally wrong and against God’s purpose for marriage.

Going into legalities, the GCBC noted that in a ruling on June 9, 2016, the European Court for Human Rights in Strasbourg, France, said same-sex marriages were not considered a human right.

Nonetheless, it said, in the view of the Catholic Church, it was not right to subject homosexuals to any form of harassment simply because of their sexual orientation.

“The intrinsic dignity of each person must always be respected in word, action and law. Homosexuals must be accepted with respect, compassion and sensitivity,” the memorandum said.

It made reference to Pope Francis, who said the homosexual person needed to be “respected in his or her dignity and treated with consideration”.

Further arguing its position, the GCBC said: “The long-held teaching of the Roman Catholic Church has been that while homosexual people are to be loved and respected and not discriminated against, homosexual acts are intrinsically immoral. It is for this reason that the church does not approve of unions between people of the same sex.”

Supporting the bill, the PCG said in its memorandum, dated October 7, 2021, that the basis of its position was two-fold, namely, the preservation of Christian ideals and values and the fulfilment of the provisions of the 1992 Constitution.

“We find the activities of LGBTQI+ persons and their advocates not only a threat to Christian ideals and values but also inimical to the very existence of the human race,” the memorandum, signed by the Clerk of the General Assembly of the PCG, Rev. Dr G. Nii Noi Odonkor, said.

The PCG said to allow the activities of the LGBTQI+ to fester was to put the natural existence of the human race in danger.

According to the church, the bill actualised the intent of the framers of the 1992 Constitution.

“It is the considered opinion of the PCG that any offence committed under the bill should attract an equivalent jail term of less than three years,” it said.

Again, the church said due to the nature of LGBTQI+ issues and foreign diplomatic arrangements, specific reference should be made to how foreign diplomats would be dealt with under the law.

Thursday, COMOG presented a 10-page document to Parliament, which endorsed the bill in its entirety.

The President of COMOG, Hajj Abdel Manan Abdel Rahman, reiterated the coalition’s abhorrence for gayism and lesbianism in the country.

He assured Parliament that the coalition would continue with the fight against LGBTQI+ to protect the sanity and sanctity of the country.

Addressing a press conference shortly before the presentation of the document, the Spokesperson for COMOG, Mr Prince Musah Zakaria, said LGBTQI+ was a lifestyle choice and not a right.

Alluding to the Qur’an, he said Islam, by its existence, meant to do whatever Allah ordained for humanity.

Reacting to some concerns raised by a group of 18 Ghanaians who had kicked against the bill, Mr Zakaria questioned their morality and sanity.