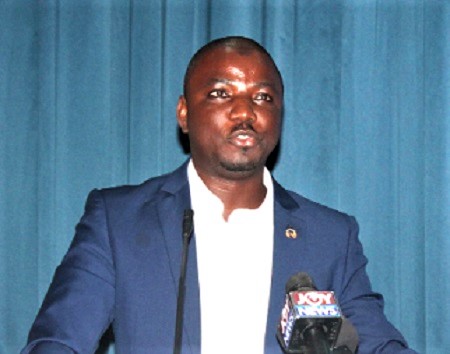 A Political Science lecturer, Dr Seidu Alidu, has called on the leadership of Parliament to resolve issues in the House behind the scenes, instead of bringing them to the public space.

“The leadership of Parliament must go into conclave and resolve their differences, so that the decisions remain the same, instead of the public expression of disagreements which sends wrong signals to the investor community and key stakeholders of Ghana’s democracy,” he stated.

In an interview with the Daily Graphic, Dr Alidu, a lecturer at the Political Science Department of the University of Ghana, stated that the image emanating from Parliament as a result of comments from the Speaker, Mr Alban Sumana Kingsford Bagbin, and the First Deputy Speaker, Mr Joseph Osei-Owusu, over decisions and counter-rulings sent the wrong signals, especially to the investor community.

At the sitting of Parliament on February 22, 2022, Mr Osei-Owusu, who was presiding, dismissed a motion by three Minority MPs, led by the Minority Leader, Mr Haruna Iddrisu, calling for a probe into the COVID-19 expenditure by the government.

Mr Bagbin took exception to Mr Osei-Owusu’s overruling of the motion since he (Bagbin) had earlier admitted it.

He described Mr Osei-Owusu’s action as “not only unconstitutional and illegal but also very offensive.”

It was the second time the Deputy Speaker had overturned a ruling of the Speaker.

The first time he did so was when he overturned the rejection by the House of the 2022 Budget Statement and Economic Policy of Government in November 2021, a decision spearheaded by the Minority.

However, the First Deputy Speaker recalled that on Wednesday, February 23, this year, the Speaker had once again issued such a formal communication to the House, purporting to comment on the "error" which, in his view, he (Mr Osei-Owusu) had committed.

He said Mr Bagbin cited him for permitting the Deputy Majority Leader, Mr Alexander Afenyo-Markin, to raise a preliminary objection to a motion he (the Speaker) had earlier admitted and which was advertised on the Order Paper for February 23, 2022.

He said the Speaker’s complaint was that he (Osei-Owusu) should not have allowed the motion to be moved, after same had been seconded, but rather should have allowed it to be moved before the motion he had earlier admitted was seconded.

“The Hansard will bear me out that I stated clearly that Mr Speaker had said the motion or the preliminary objection be moved after secondment,” Mr Osei-Owusu said.

Dr Alidu said it was important that the leadership consult and dialogue more behind the scenes to resolve their differences, so that such public disagreements did not recur.

He said the current situation did not send the right signals to the investor community.

According to him, investors would not be assured if decisions could be overturned overnight or in the course of time.

He said Parliament must show leadership in addressing the challenges in the Constitution and in its own Standing Orders.

At a lecture to launch the John Evans Atta Mills Heritage in Accra recently, a seasoned economist, Mr Kwame Pianim, stated that he would not like to refer to Members of Parliament (MPs) with the “Honourable” title unless they changed their conduct in and outside the chamber of Parliament.

He professed he had refused to call MPs ‘honourable’ due to the falling standards of the legislature and the unacceptable conduct of MPs.

Mr Pianim explained that the current state of the country’s political scene was highly polarised and needed cool heads to prevent violence or disruptions.

“Look at the state of our politics; it is highly politicised and polarised and the leaders are terrified with a fear of the people they are supposed to lead, so you try to get two or three people you know to join you to try to talk to power and they will say: ‘no, we will be insulted’. The young people will kill us, but let’s talk to them for them to kill us, otherwise, when they grow hungry and angry enough on the streets, they will kills us,” he said.

He said the country needed people who could move across the political divide, and Prof. Mills was one of those people.

“Prof. Mills could definitely move across the political divide. So we need the Prof. Mills character today more than ever; the man of peace and courage,” he said.

Mr Pianim's comments came after a series of altercations on the floor of Parliament by some MPs, notably the brawl that erupted at the last sitting of Parliament in 2021 when the House was debating the 2022 Budget.

There was a similar incident in January last year when MPs converged to vote for a Speaker to oversee the work of Parliament.

Aside from that, the MPs have, in recent times, clashed during debates, both in the chamber of Parliament and during interviews with the media at the foyer of the House.