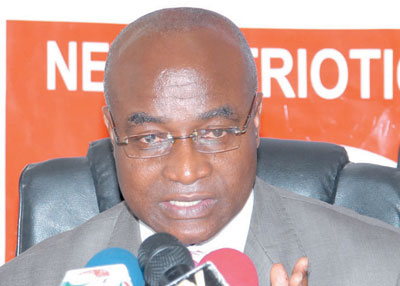 The Minority Leader, Osei Kyei-Mensah-Bonsu, is pushing for reforms of the standing orders of Parliament to enable the house to question the President on the fulfilment of promises he has made to Ghanaians.

According to Mr Mensah Bonsu, the President must be held accountable for the assurances he has made to the people.

Parliament’s Committee on Government Assurance will soon start a public hearing to interrogate ministers of state on their promises.

The committee, whose mandate is to ensure that the government lives up to expectation, believes the exercise will enhance accountability and democracy.

But the minority leader said the President must also be interrogated because he was the chief minister and his assurances were expressed in the nation’s budget.

Stressing further the need for the house to ensure that the Committee on Government Assurance should be empowered to extend its hearing to the President, Mr Mensah Bonsu insisted that the President must explain how he had been working to ensure his promises to Ghanaians were fulfilled.

“The President makes assurances, how is he to be held accountable for them?

“…How do we, as a nation, as a Parliament, oversee that we could have maybe a close sitting, invite his [president's] representative – maybe asking even the chief of staff [to explain what the President is doing to actualise his promises]," the minority leader reasoned.