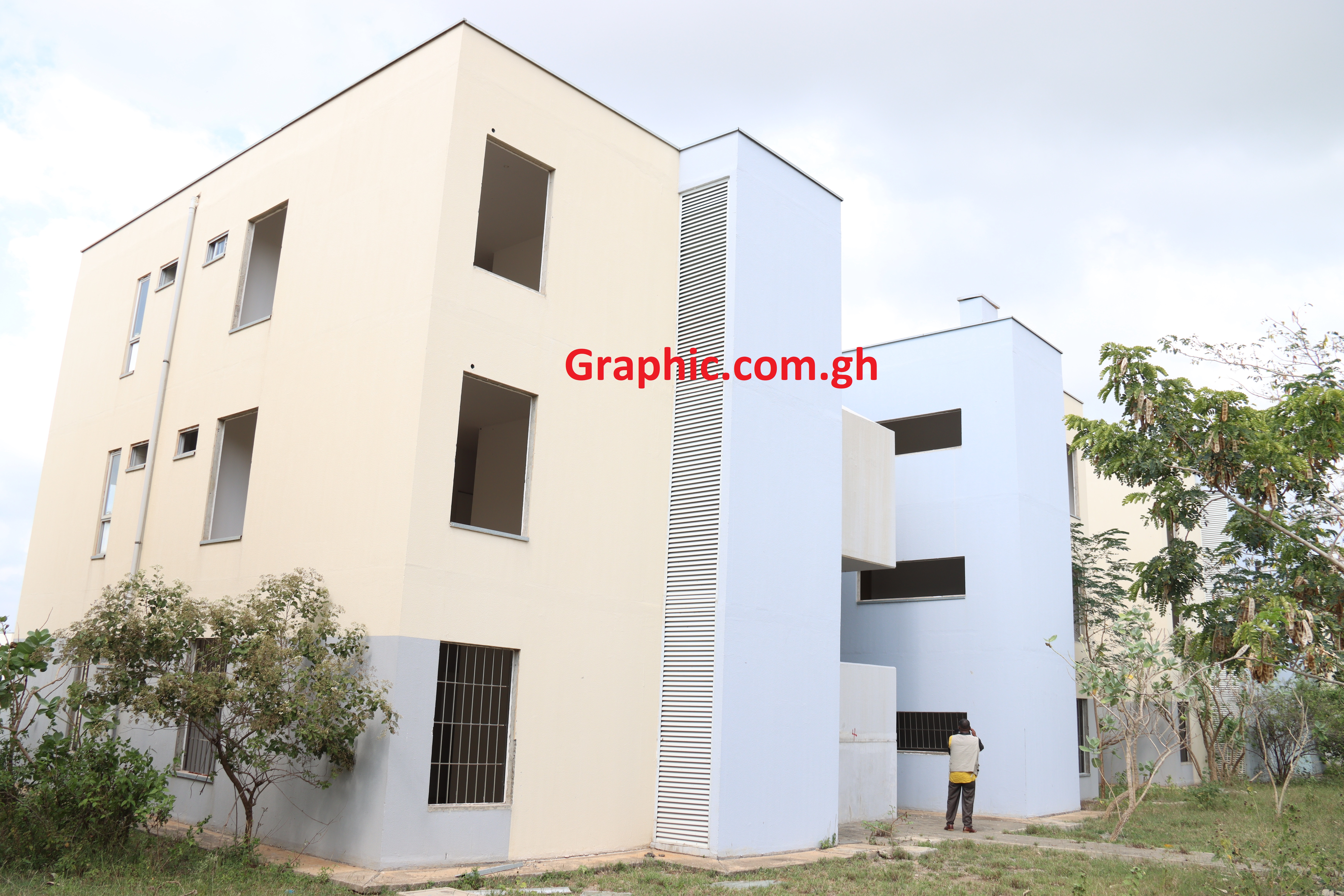 The Minority in Parliament has kicked against any plan by the government to get a private investor to complete the Saglemi Housing Project.

It said it would, therefore, do whatever it takes to compel the government to look for funding to complete the project.

According to the minority, the project was not a failed one and that it was the government that had decided not to prioritize it.

"So we the minority in Parliament are stating our position clear that we would not want any private developer to come in at all.

"In 2025, we are optimistic that the National Democratic Congress would form the next government and so any private developer that would partner the government to continue this project, it would be taken away from them," the Ranking Member on Works and Housing, Vincent Oppong Asamoah said today (Tuesday) at a media interaction during a visit to the Saglemi project site. 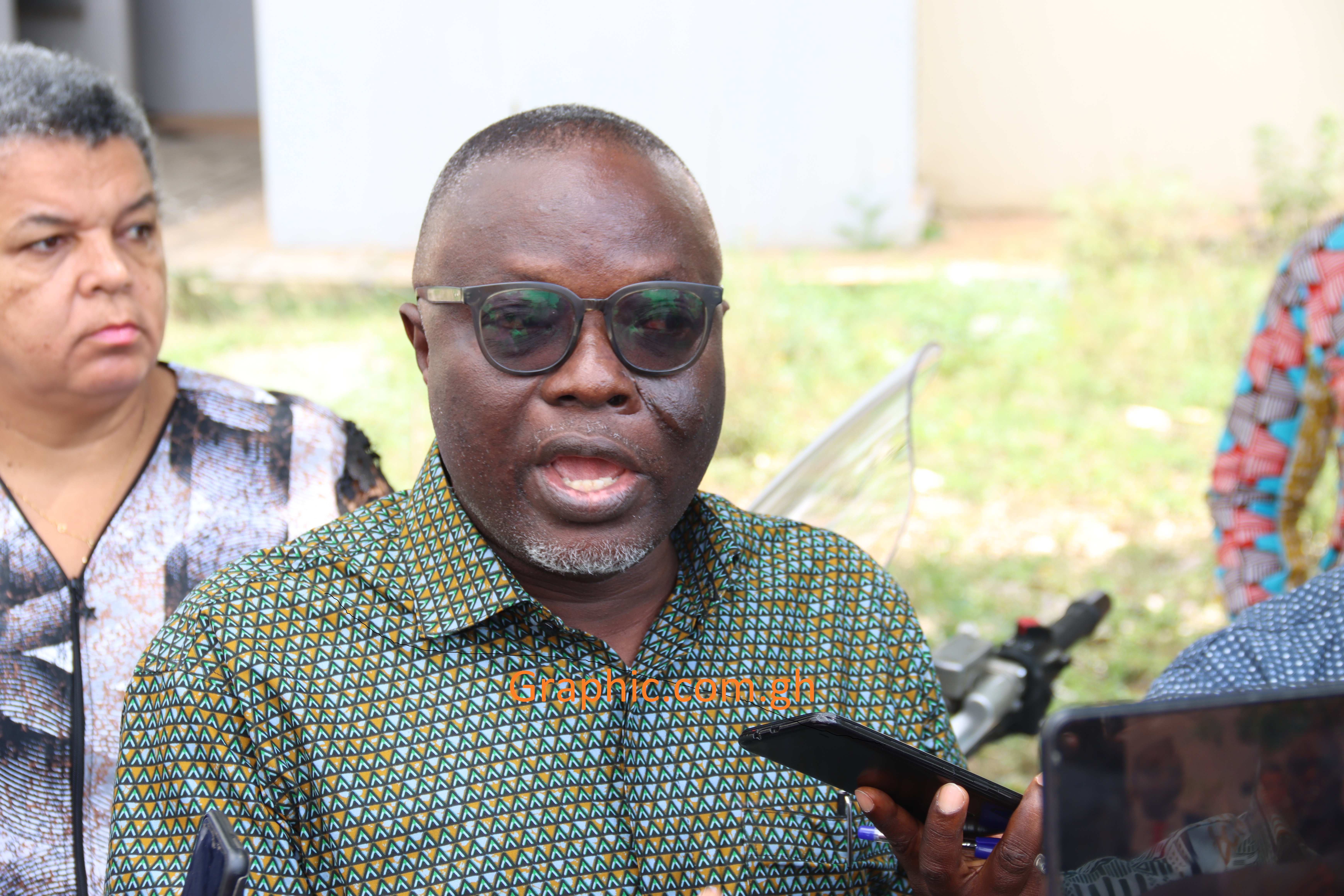 The visit was to enable members of the Works and Housing Committee to have a first-hand information of the state of the project that informed the decision of the government to explore opportunities to get a private investor to complete the facility.

The committee members discovered a burglary of the facility with security doors, electric and telephone cables and aluminum burglar proof, stolen.

It was also discovered that the glasses used for the windows had been removed, with majority of them broken and left scattered on the grass on the project site.

Others were also seen neatly arranged, not knowing what exactly what they were going to be used for.

Sockets and switches were also seen scattered in the various facilities after the cables were pulled out by some unknown persons.

At a media briefing, the Minister of Works and Housing, Francis Assernso-Boakye said the the government had decided to explore the possibility of selling the Saglemi Housing Project, covering the 1,506 housing units at the current value to a private sector entity to complete and sell (the housing units) to the public at no further cost to the state.

“What makes the Saglemi Housing Peoject even more complicated is that government has already expanded approximately $196 million on the project as has been enumerated …and upon further consideration, government does not intend to expend additional tax-payers money towards the completion of the project,” he said.

He added that proceeds from the sale was going to go the state and reinvested into affordable housing projects.

Mr Asamoah, who is also the Member of Parliament (MP) for Dormaa West, said the intended purpose of the viable project was for it to be affordable and given to the workers of the country through the Ghana Home Loans Company through a mortgage system.

Unfortunately, for six years, he said the government decided that the project be left in the bush so that at the end of the day it could sell it to its cronies following its burglary.

“I must be frank with you I am shocked with what I am seeing and I know you are also shocked about this. Going back to Parliament if there is anything that we have to do as a committee to compel this government to look for funding to complete this project without using any private developer, we have to do it,” he said.

Adding her voice to the issue, the MP for Awutu Senya West, GIZELLA TETTEH-AGBOTUI said she was disappointed at the state of neglect of the facility and thievery of facilities.

“If there has been theft that means there have been security lapses here and I think someone has to get their act together very quickly,” she said and believed that the thefts were organized to run the facility down and then sold for a cheap price.

For his part, the MP for Sawla Tuna Kalba, Andrew Dari Chiwitey said the project was at various stages of completion by 2017 and that they were 70, 80 and 90 per cent completion rate.

Most of the project, he said was 90 per cent completed.

The MP for Twifo Atti Morkwa, David T.D. Vondee said he said he felt so hurt by the neglect of the project and asked “why should we do this to ourselves?”

The MP for Nkoranza South, Emmanuel Kwadwo Agyekum said people were organized to crime to the state and then later sell it cheap