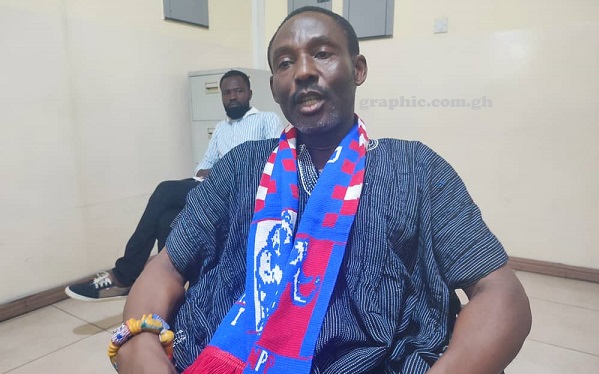 According to Mr Annan, who is also the General Secretary for the ex-Parliamentary Staff in Ghana, his knowledge of the legislature makes him the best fit for one of the three Vice Chairman roles of the party.

He told the Daily Graphic in an interview yesterday (May 30, 2022) that he would also be bringing on board his outstanding local governance experience to ensure that the NPP wins all parliamentary activities at all times.

"I want delegates to know that the three Vice-Chairmen (roles) shouldn't go to only oldmen or people who have stayed at the headquarters for decades," Mr Annan said.

"They should allow the fresh but experienced politicians and Parliamentary technocrats to come in and join hands with the seniors and help this party to grow.

"The quality of the party officers determines the quality of governance. So if NPP is looking for a driver, then I am a driver, also a mechanic, a welder, an electrician and everything. So, I am asking the delegates to consider me".

He also committed to working full-time if he's given the nod.

"If you look at the NPP constitution, it's only the General Secretary position which is a full-time job, in my case, I am less busy so if I win, I promise to do the work full-time, even though it is not a fulltime job".

Mr Annan said he would run on a message about revamping and streamlining funding of the party at the grassroots level.

He also proposed that 30 per cent of the salaries of government appointees including Ministers, CEOs, DCEs and board members be donated towards financing party activities at the grassroots level.

Mr Annan said with such funds coming in, the party could implement a codified reward scheme for all party executives at the regional level.

He also called for an end to factionalism in the NPP, warning that it had the tendency to cost the party victory at the 2024 polls.

"It is very unfortunate that after what the NPP experienced in 2008 when we lost the national polls we are experiencing factionalism again in 2024," he said.

"All factions must be abolished especially after primaries but I don't belong to any such camps, I belong to the NPP".