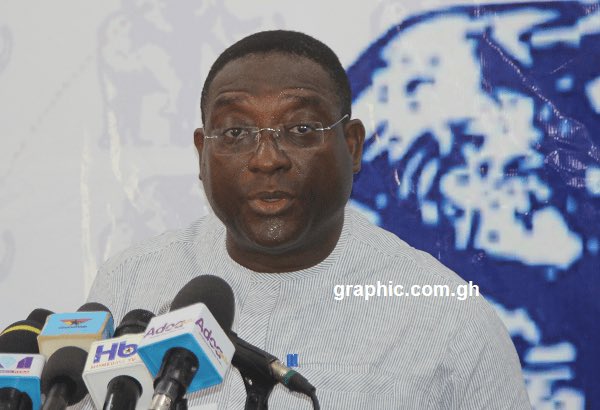 The New Patriotic Party (NPP) says the presidential election petition filed by the National Democratic Congress (NDC) presidential candidate, John Dramani Mahama at the Supreme Court, coupled with the evidence and pleadings by the petitioner has given more assurances that the 2020 Elections was "won fair and square" by the NPP.

"Indeed, the evidence presented by the NDC has only reassured the people of Ghana that Nana Addo Dankwa Akufo-Addo won the elections."

"The fact of transparency of the General Elections was also resoundingly affirmed by the myriad of local and international observers that participated in the electoral process."

"It is also unfortunate that even after filing the Petition in court, the NDC led by John Dramani Mahama continues to incite supporters to pour onto the streets to cause chaos and anarchy."

The NPP in a statement issued by its Director of Communications, Yaw Buaben Asamoah on Thursday evening [December 31, 2020] said its lawyers were preparing a response to the petition and will meet the petitioner in court.

"NPP wishes to assure its supporters and the People of Ghana that the Legal Team of H.E. the President is ready to expose the emptiness of John Mahama’s Petition and the NDC’s denial of the electoral truth that Nana Addo Dankwa Akufo-Addo indeed won this election without any iota of doubt," it added.

"Our response will show that the NDC has presented no material evidence of value in Court to support its blatantly false claims regarding the results of the 2020 Presidential Election. They lied to their supporters that they had won and started referring to John Dramani Mahama falsely as the President-Elect.

Now they have backtracked, settling futilely for a run-off which they themselves know will not happen. They have attempted and continue to use lies, threats, violence, and intimidation to seek forlornly to overrule the manifest will of the people as freely expressed on 7th December, 2020.

We are absolutely confident that the facts and figures as presented in court, even by the NDC, will very easily, in a transparent and indisputable manner, reaffirm the expressed will of the voting public that President Nana Addo Dankwa Akufo-Addo won the 2020 Presidential Election “one touch” and convincingly so.

It must, however, be stressed that it is quite worrying that John Dramani Mahama, through his social media handles, continues to incite violence even as he invokes his right to use the court process to settle his grievance. He posted on his Facebook page and Twitter handle as follows;

“While in court, the NDC will continue all legitimate actions, including protests, to demand the enforcement of the rule of law and protection of life and property of the good people of Ghana.”

This is rather unfortunate and unbefitting of a former President of the Republic. It is obvious that the Petitioner himself has very little confidence in the Petition he is presenting and is still resorting to intimidation to overturn the express will of the people of Ghana. In his latest Press Conference, he explained he is going to court only “to remove doubt.” Does he need the Supreme Court to remove his doubts about losing the elections?

The several attempts to use lies, threats, violence and intimidation to overrule the will of the People is disappointingly undemocratic of the NDC and its leader, John Dramani Mahama.
By calling on his supporters to continue going on the streets, John Dramani Mahama has not only flagrantly flouted but also abused the Peace Pact signed on the 4th of December 2020 where he undertook amongst others, in the presence of witnesses and on National Television, “to accept the results of the elections and concede to the winner accordingly and to use judicial resolution of election disputes, where necessary.”

Below is a copy of the full statement by the NPP