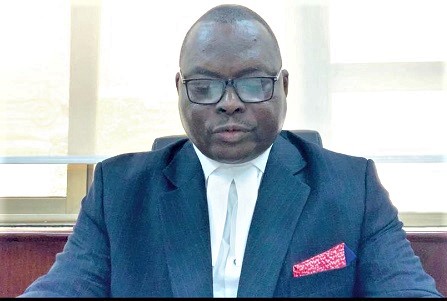 The Association of Magistrates and Judges of Ghana (AMJG) has condemned the National Democratic Congress (NDC) Member of Parliament (MP) for the Madina Constituency, Mr Francis Xavier Sosu, over his utterances on judges.

The association has also decided to file a complaint of professional misconduct against Lawyer Francis Xavier Sosu at the General Legal Council (GLC).

Mr Sosu had accused some judges of being political in the line of work.

The lawmaker made the allegation on Thursday, February 10, 2022 during the ‘Yentua’ demonstration which was led by the youth wing of the NDC to express their opposition to the Electronic Transaction Levy (E-Levy), which is before Parliament for consideration.

“If you make yourself a political Judge you will be treated politically and your tenure of office will run with the political party that you favour,” the MP added.

However, the Ghana Bar Association has since condemned the conduct of the MP, describing it as not only "unprofessional and unfortunate", but also "irresponsible and distasteful."

The AMJG, which is the latest association to react to the conduct of the MP in a press statement dated February 16 and signed by its President, Justice Henry Kwofie, condemned the comment, adding: “The Association finds this statement of Honourable Sosu against judges as unfortunate, reckless and misguided, coming as it is from an MP and a lawyer who should know better.

“The Association takes a serious view of the statement of Mr Sosu and considers it very unprofessional from a lawyer and an unprovoked attack on the Judiciary,” the statement said.

The Association, has therefore, decided to lodge a formal complaint against Mr Sosu to the GLC immediately for his unprofessional statement and utterances which had the potential to tarnish the image of the Judiciary as a whole.

According to the association, the comments made by Mr Sosu were deliberate and calculated to create disaffection against the Judiciary and an attempt to scandalise the Judiciary, adding: “We condemn the said statement in no uncertain terms.

“Judges do not determine which cases are filed or put before them for hearing. The statement of Honourable Francis Xavier Sosu is an attempt to intimidate judges who are doing nothing other than their normal work,” the statement said.