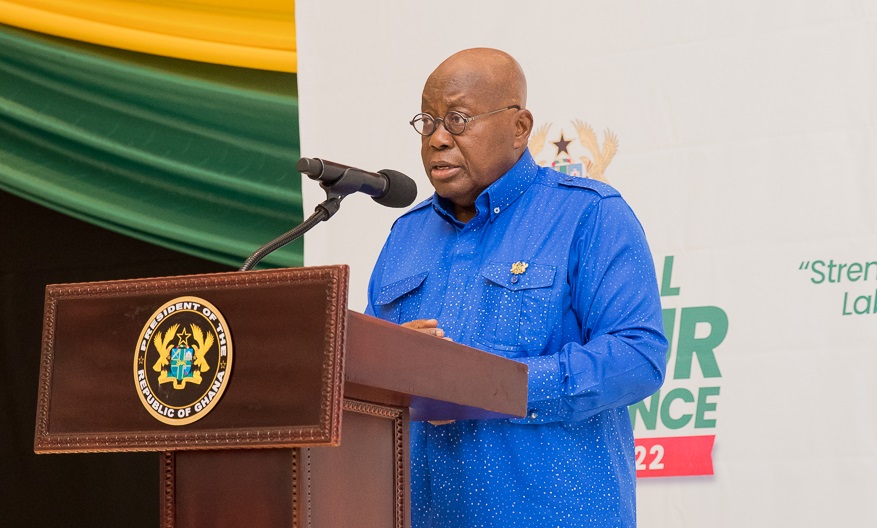 President Akufo-Addo has asked traditional leaders and Ghanaians to exclude partisan politics in the fight against the destructive illegal mining activities in the country which is popularly known as 'galamsey'.

For him, it was the responsibility of all Ghanaians to help protect the country's environment from destruction, hence the need to take partisan politics out of the fight against galamsey.

President Akufo-Addo made the remarks when he addressed the National House of Chiefs on the scale of the impact of illegal mining on the country's environment and the need for all to contribute to the fight against the menace in Kumasi in the Ashanti region today, Wednesday, October 5, 2022.

The meeting was also attended by all Metropolitan, Municipal, and District Chief Executives (MMDCEs).

President Akufo-Addo called for the collaboration of the chiefs in the fight galamsey, pointing out that the fight against galamsey "can only succeed if it a truly national battle."


For him, "No one seeks to exploit [the fight against galamsey] for political gains as we saw in the last election."

"The progress of our country depends on all of us, all citizens of Ghana, all fellow Ghanaians, pulling together to defeat this existential threat to our future," the President noted.

That, he said, "I ask all of you to join hands with me in the fight against illegal mining in order to bring to an end the devastation of our lands and the pollution of our water bodies."