Lateness will not be tolerated — Ato Arthur 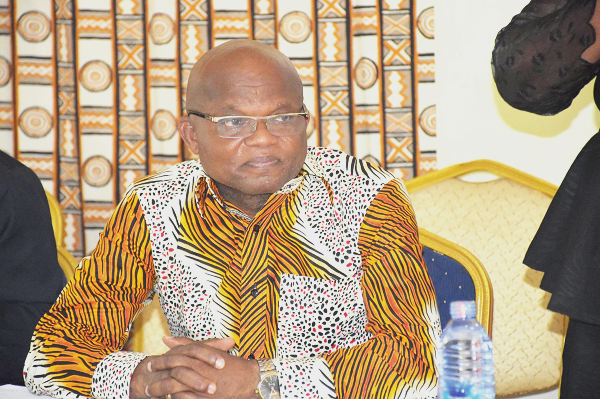 The Head of the Local Government Service (LGS), Dr Nana Ato Arthur, has cautioned staff and officials of Metropolitan, Municipal and District Assemblies (MMDAs) against reporting late to work.

He observed that some of the staff and officials had developed the habit of reporting to work late as if they were under no rules or authority.

Such an attitude, he said, was detrimental to the general performance of the assemblies.

Dr Arthur gave the caution during a working visit to the Ashanti Region to assess the performance contract signed by the assemblies in 2020.

He observed that some of the staff reported to work at 9a.m. or 10a.m. and left their offices earlier than the closing time.

He said in some instances, the staff lied about the time they reported to work in the attendance book.

“For instance, someone who reports to work at 9:15a.m. in trying to cover up, will go into the attendance book and record that he/she reported to work at 8:01a.m. Sometimes, others who report to work at 9:30a.m. will look at the time of the last attendant and also follow the sequence.

Dr Arthur indicated that he had been informed that majority of the local government staff, especially the senior staff travelled outside their districts every weekend and reported to work on Monday around midday.

He said he was honestly not happy about the situation and cautioned those who use distance as justification for their lateness to refrain from it.

He disclosed that the LGS introduced the Biometric Clocking System as part of measures to fight lateness but reverted to the use of the attendance book due to the COVID-19 pandemic.

Dr Arthur noted that with the current dispensation where the local government staff were enjoying flexible working hours or where staff had to come to work twice or thrice in a week due to COVID-19 pandemic, there was no justification for staff to report to work late.

"The government still pays their salaries and allowances in full even though they work for 15 days or less in a month," he stated.

Dr Arthur also condemned the attitude of staff who sat in their offices with earphones in their ears, making needless video and phone calls, chatting on Whatsapp, Facebook and Instagram even when there are official duties to perform.

He blamed the situation on bad leadership at some of the assemblies, saying, “If you are a good District Chief Executive (DCE) or coordinating director, you will never allow your staff to report late for work."