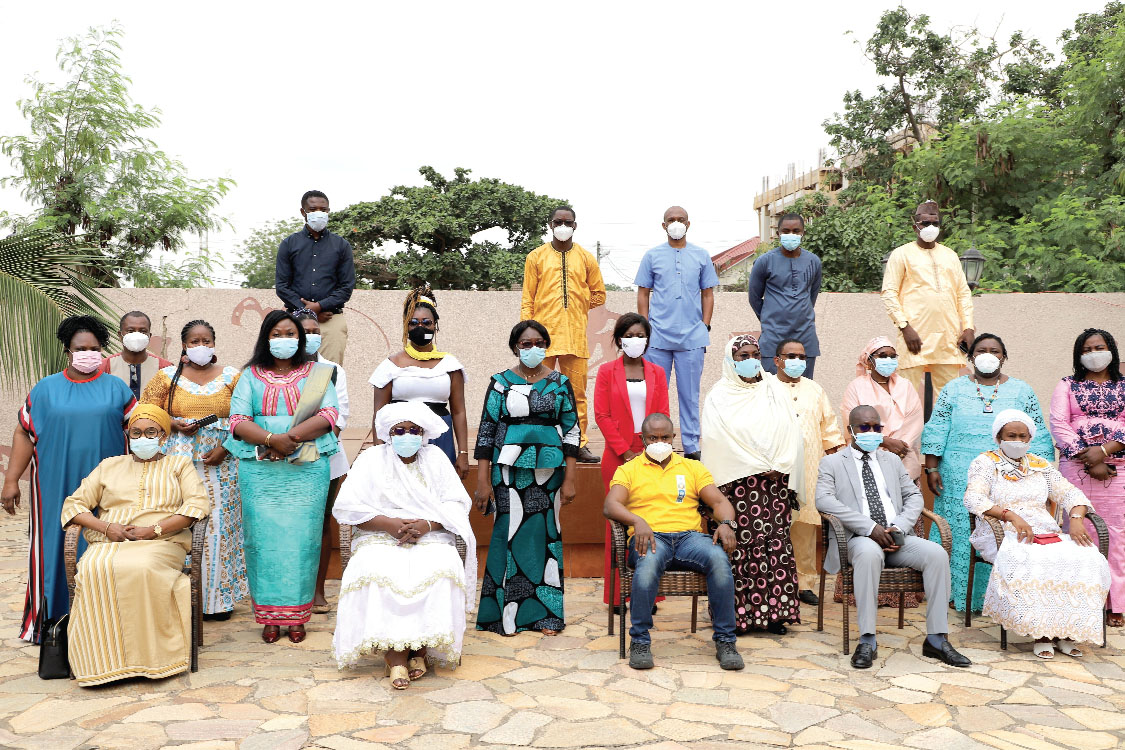 The participants after the workshop. Picture: EDNA SALVO-KOTEY
30.5k Shares

A research conducted by the West Africa Network for Peace-building (WANEP) has identified the lack of proper political and institutional governance as a major threat to the responses to peace and security challenges that have plagued the Sahel Region.

The report established that political and security actors, particularly in Mali, Niger and Burkina Faso, were bereft of leadership and crisis management skills and that was contributing to the failures of many peace and security interventions in the respective countries.

Beyond that, the report also found that the lack of technical and financial resources by the national actors was another key factor militating against peace efforts.

It observed that most of the time, governments budgeted for counter terrorism operations, but rarely did same for peace building within the areas that were affected by the conflicts “and therefore you always have issues of lack of funding, technical and logistical support for the initiatives that are being implemented within the region.”

The report was titled “The limits and pitfalls of multilateral regional and national responses to peace and security challenges in the Sahel Region and Cote d’Ivoire”.

Using the case study approach, the researchers, over a period of three months, gathered data from citizens from all the countries and subjected them to content and thematic analysis.

Particularly in Niger, the research discovered that the risk of politicisation of civil society organisations (CSOs) and attacks by political actors also crippled the contributions towards peace and security promotion.

“Most CSOs interventions focus on national context, with few having a region-wide approach,” it said and added that “short-term funding packages and project cycles of CSOs intervention do not provide for lasting impact or change.”

There are no follow ups on most interventions due to issues of insecurity and lack of funding of state actors in the areas where these interventions are taking place.

The report called for a multifaceted approach, strong political commitment and perseverance from both national and external actors to address peace and security challenges in the region.

It further recommended the establishment of a strong comprehensive integrated framework of initiatives to ensure coherence and targeted responses and also promote a bottom-up approach to peace-building by investing more in the indigenous actors and initiatives to promote peace, security, development and justice.

“The UN (UNOWAS) as the lead multilateral institution can consider developing a knowledge management platform to improve synergy among international partners,” the report suggested.

The Regional Coordinator, Research and Capacity Building, WANEP, Dr Festus Aubyn, warned Ghana to be on the lookout as it was not immune from the challenges.

“I'm pretty sure you are all aware of the threats of terrorism and violent extremism from the Côte d'Ivoire border to Ghana. So the findings have to be a lesson for Ghana to put in place measures to deal with the threats that led to conflicts in these countries and to avert any future challenges relating to what we are experiencing in these countries,” he said.

For his part, the Executive Director, WANEP, Dr Chukwemeka Eze, observed that there was a gap between the interlocutors and the national actors and “therefore, part of what we see in the field is that sometimes because peace and security is not made part of the development agenda of the states. There is more focus on hardcore security rather focusing on citizens welfare.”

“And, therefore, what that does is that rather than addressing the issue of security from a human security perspective, we tend to protect the state more than citizens.