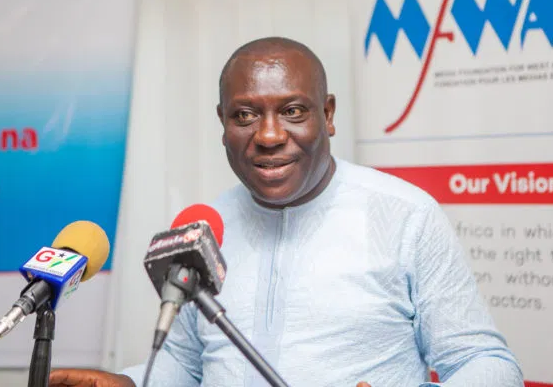 Some members of the New Patriotic Party (NPP) in the La Dadekotopn Constituency have petitioned the Regional Executive of the party to dismiss the immediate past Member of Parliament (MP) for the area, Mr Vincent Sowah Odotei from the party.

The group accused Mr Sowah of derailing the party’s efforts to retain the seat and allegedly aligning himself with the National Democratic Congress (NDC) ahead of the December 7, 2020 polls.

But in a rebuttal, Mr Odotei refuted the allegations, indicating that they should be treated with the disdain they deserved.

"They did not attach a single evidence to their claims then, and over two months down the line they have still failed to submit any evidence," he added.

At a press conference to read the petition addressed to the regional executive of the party, the spokesperson of the group, Mr Emmanuel Kuru, alleged that Mr Odotei failed to campaign for the NPP's parliamentary candidate during the parliamentary election on December 7, 2020 but rather chose to campaign for the NDC candidate despite efforts by the NPP constituency executive to get him on board the NPP's campaign team.

"Some people have confessed that Mr Odotei gave them money to vote for the NDC candidate, and these people are more than willing to testify against him," the petitioners said.

The petitioners further indicated that Mr Odotei did not make any financial contribution towards the 2020 campaign of the party in the constituency, except for the donation of 50 piece of banners in August 2020.

The group, therefore, urged the regional executive of the party to, as a matter of urgency, expel Mr Odotei from the party as his actions and inaction would not augur well for the party.

Responding to the allegations in an interview with the Daily Graphic, Mr Odotei said he would avail himself to the party structures to prove his innocence.

According to him, the allegations were unfounded but rather they were the tactics of some constituency officers to bring his reputation and commitment to the NPP into disrepute.

Mr Odotei, who won the La Dadekotopn seat in 2016, lost the party's parliamentary primary after serving one term.

Prior to losing the primary elections, where he polled 376 votes as against that of Joseph Gerald Tetteh Nyanyofio's 543 votes, he was a Deputy Minister of Communications until his appointment was revoked on April 6, 2020 by President Nana Addo Dankwa Akufo-Addo.