Journalist sings for peace for Ghana 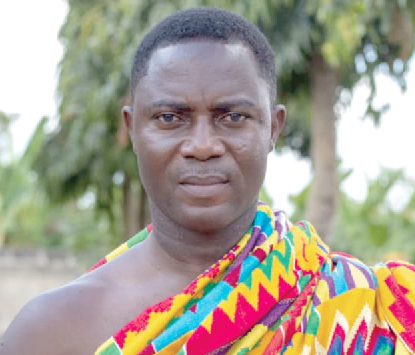 A Ghanaian journalist has inspired the public to unite after politics and the elections for the common good of the country in a religious and patriotic rendition of a song.

Ghana’s Peace, Let’s Protect It is the latest by Louis Ofori of the GBC Radio Newsroom who had composed songs for occasions and situations in the past.

The song rallies the public to ignore the imaginary difference created by politics among the people, and to rather embrace the diversity of individual interests, aspirations, opinions, among others, which identify the plural culture of the Ghanaian society.

With a theme of peace, love and unity, it could become the balm on the cracked relations among the Ghanaian public after the bitter experiences of the political campaign season.

Yesterday’s proclamation of President Nana Addo Dankwa Akufo-Addo by the Electoral Commission as the eventual winner of the presidential race ended one leg of the contest, while the jostling for parliamentary dominance continues between Ghana’s two major political parties – the New Patriotic Party and the National Democratic Congress.

But as he sang in the nearly six-minute song, Ofori appealed to the average person to be minded by the many common interests that bind Ghanaians in order to uphold the peace of the nation.

“It is very important that we overcome tendencies of ill-feelings towards one another as a result of politics,” he told the Daily Graphic.

“We know that we live in the same communities, come from the same hometowns, attend the same churches or mosques, attended the same schools, among others. What then is the actual point in becoming enemies simply because we belong to different political parties?”

Ofori released a soul-inspiring song in May 2020 amidst the uncertainty of the COVID-19 global health crisis to encourage society about the bigger picture of life.

The theme of that song was “This – Health Crisis Too Shall Pass”.

“My style in music is to inspire through unfolding events in the country. I've composed over 50 gospel tunes, and a handful of patriotic songs.

I also have a few cheer songs for Ghana’s national football teams,” he said at the time.

He is a composer, director and a singer, with three albums to his name.