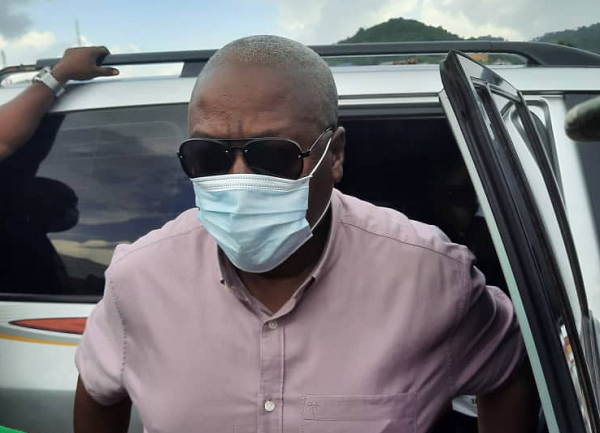 The presidential candidate of the National Democratic Congress (NDC), John Dramani Mahama, has suspended his six-day campaign tour of the Ashanti Region following the death of the founder of his party, former President Jerry John Rawlings.

Mr Mahama announced the suspension of his campaign at Obuasi on Thursday afternoon, moments after news of the death of former President Rawlings was made public.

He described the one-time military leader and two-time President of the the Republic as an "iconic leader" and for That matter the NDC needed time and concentration to mourn his passing and celebrate his legacies.

He said at Obuasi where he was just about to address a rally that the decision to suspend the campaign was taken after a consultation with the National Executives of the party.

He said the suspension would impact other campaign activities being undertaken by the party at all levels nationwide.

"What has happened makes it impossible for us to continue with the campaign so we will return to Accra immediately and return at a later date," he told the enthusiastic gathering of party faithfuls at Obuasi.

"What we are hearing is indeed sad but we must remain strong," he added.