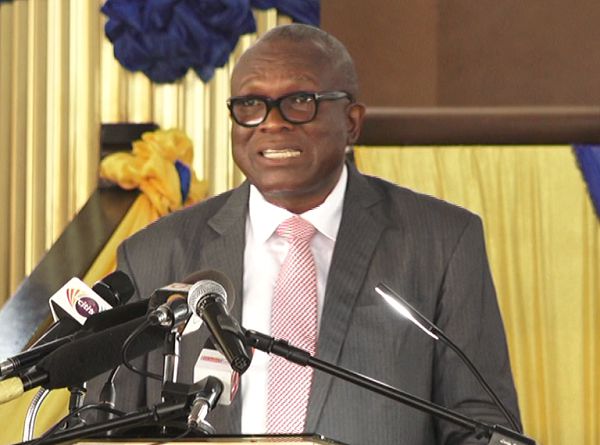 A Professor of Political Science at the University of Ghana, Legon, Professor Joseph Atsu Ayee, has said the Inter-Party Advisory Committee (IPAC) should be institutionalised to enable it to play its role effectively as a major stakeholder in electoral reforms in Ghana.

He said if IPAC was backed by law the Electoral Commission (EC) would be mandated to implement issues discussed at meetings.

He said the introduction of IPAC in 1994 as a major partner in Ghana’s electoral reform was one sure way of establishing trust between the EC and political parties but because the mandate of IPAC had not been clearly defined by law all these years, there seemed to be a leeway for the Electoral Commission.

Prof. Ayee said the power given to the Electoral Commission by the Constitution that the performance of EC was not subject to the direction and control of any person or authority had been the basis of confrontational views between the commission and political parties.

‘‘That is why if a consensus is reached at the IPAC meeting, EC may decide to work with it or not. But how is that possible? EC is working with stakeholders and is accountable to the people of Ghana in the performance of its functions. So, the so-called independence to me, is not absolute,’’ he explained.

Prof. Ayee was of the view that the time had come for IPAC to move from a loosely formed association of political parties to being an institution with an Act of Parliament backing it. Adding that if there were rules and regulations binding EC, the commission would abide by any consensus that would be reached at IPAC meetings.

Prof. Ayee said in order to reduce the tension between the Electoral Commission and political parties, the EC must try as much as possible to accommodate the diverse views of IPAC.

That, according to him, would be a compromise anytime they met to fine-tune electoral issues affecting the development of the nation.

He said IPAC was a springboard where electoral issues were discussed so it had always been a give-and-take affair; ‘‘that is why I became sad when the National Democratic Congress (NDC) decided to leave IPAC temporarily.

‘‘If you look at the 16 resolutions that were passed at the last IPAC meeting, NDC was not part, but since the political parties present agreed on such electoral reforms, the NDC is bound by it no matter what,’’ he stated.

In any democracy, he said, are rules and regulations, so it was not good for NDC to leave IPAC because decisions that had already been taken could not be reversed in their favour.

‘‘I think NDC should come back and must stay within IPAC and fight in IPAC because if you leave, you have already defeated yourself,’’ Prof. Ayee emphasised.

Prof. Ayee said democratic governance was a big game so both the EC and the political parties must know how to play the game of politics and democracy to be able to know what they could do to satisfy the citizenry and move the nation forward as well.