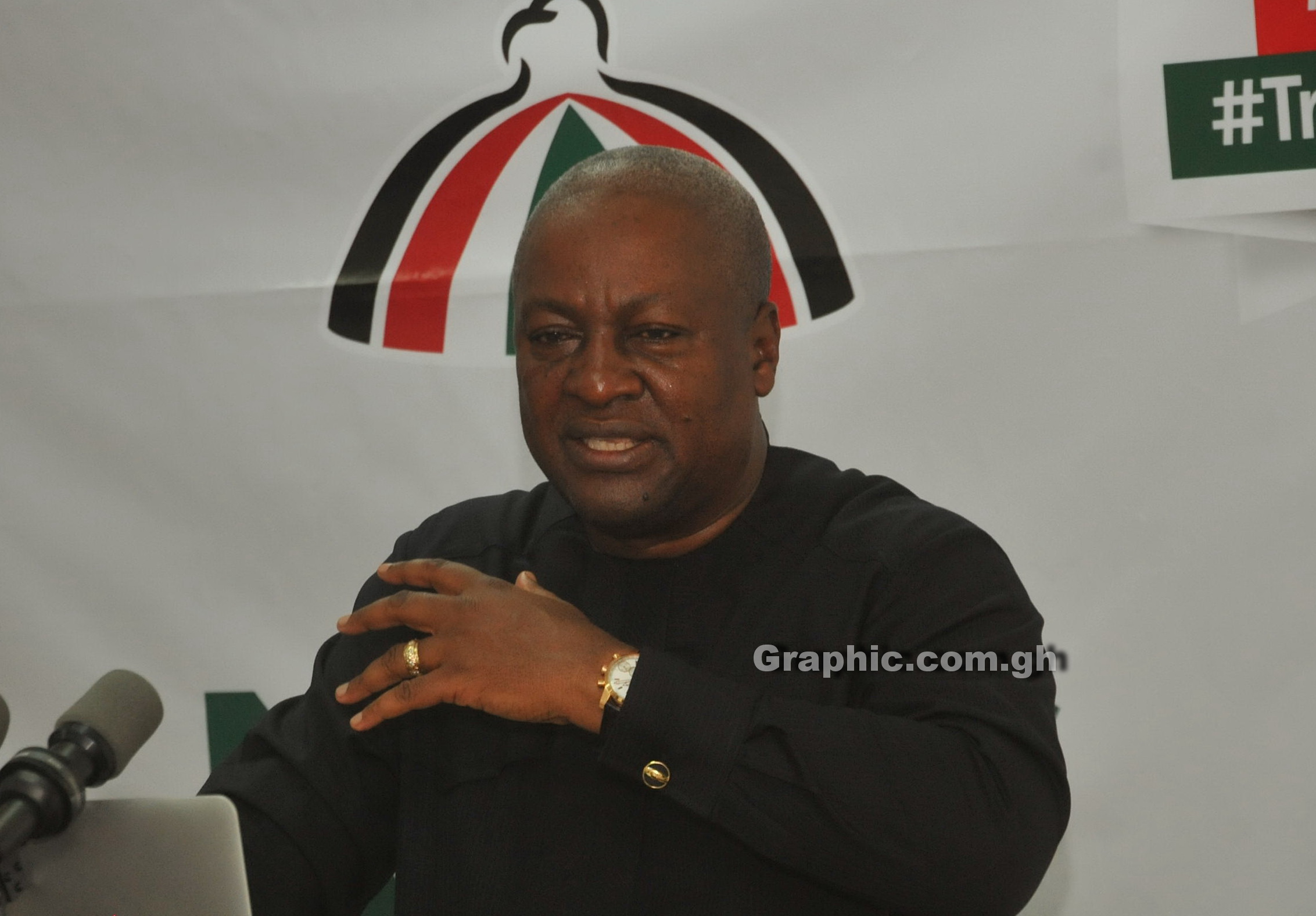 The Office of former President John Dramani Mahama has asked members and supporters of the National Democratic Congress to ignore persons purporting to be undertaking a post Kwesi Botchwey Committee survey.

A statement issued Tuesday and signed by the Special Aide to the former President, Joyce Bawah Mogtari, said no such team had been formed to undertake a post survey.

It said, "The Office of HE John Dramani Mahama wishes to inform all members, supporters and sympathisers of the National Democratic Congress (NDC) that the Former President has not constituted any team to undertake a post Kwesi Botchwey Committee survey."

“We have over the last week received reports from across the country about the activities of some members of the Party seeking to solicit information from executives and members of the NDC, claiming that they are being sponsored by the Office of HE John Dramani Mahama.”

“We wish to strongly advise them to desist from such acts of impersonation and misinformation, particularly as we all continue to work towards reorganizing the Party across the country,” it added.