I will complete all abandoned projects — Mahama 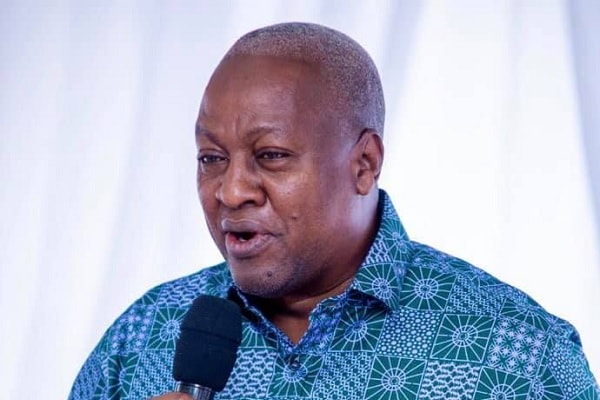 The flag bearer of the opposition National Democratic Congress (NDC), Former President John Dramani Mahama, has assured Ghanaians that all projects abandoned by the New Patriotic Party (NPP) government will be completed within a year when he wins power in the 2020 general election.

He accused the NPP government of abandoning major projects his government started such as the Ho Airport, an abattoir at Sokode, electrification projects, roads, projects at the University of Health and Allied Sciences (UHAS) and Ho Technical University.

“I am committed to completing all hundreds of projects abandoned by the NPP administration before embarking on new ones. In our first year we will mobilise resources and continue the projects that have been abandoned,” he said.

The former President was addressing chiefs and people of Asogli in Ho yesterday as part of his four-day campaign tour of the Volta Region.

According to Mr Mahama, Election 2020 was critical because it would shape the destiny of the country which required especially youth participation in order to redirect the future of the country.

The economy, he said, was at “the intensive care unit” due to what he described as poor economic management by the Akufo-Addo administration.

“The first mistake the NPP made was to suspend all government contracts and refuse to pay contractors,” and this he noted, ended up collapsing banks and creating job losses.

“There are people who worked as far back as 2015, 2016, but for four years have not been paid. What they don’t realise is that the contractors work with money borrowed from banks. So when you don’t pay the contractors, they too cannot pay the bank,” he said.

He chided the government for not taking prudent measures in solving the banking sector crisis but decided to shut down nine banks, 27 saving and loans companies, and over 300 microfinance institutions which had ushered Ghanaians into hardship.

The government, he said, could have bailed out the banks in crisis with nine billion cedis instead of using 22 billion cedis to pay depositors after collapsing the financial institutions.

Mr Mahama further accused the government of borrowing more than any government but had very little to show for the money it had borrowed.

He said in contrast, the GH¢54 billion borrowed under his administration was used for numerous projects across the country including the Ho Airport, markets, hospitals, schools, electricity, water, a harbour, interchanges, among others.

He, however, labelled the government as a “government of consumption” that was still struggling to make three per cent in the real estate sector in comparison to the NDC's 85 per cent, despite borrowing 140 billion cedis from 2017.

The Agbogbomefia of the Asogli State, Togbe Afede XIV, called on policy makers to build a resilient economy for the benefit of all Ghanaians.