I will appoint 60 Ministers as President - Joe Ghartey 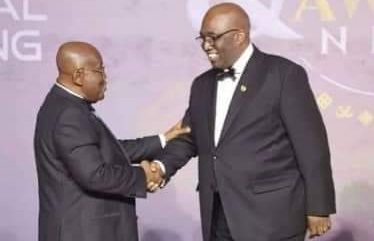 Former Attorney-General and Minister of Justice and New Patriotic Party flagbearer aspirant, Joe Ghartey, has stated that he will appoint 60 Ministers if he is elected as President of Ghana.

According to him, his government will have a maximum of 60 Ministers.

This was in response to a question during an interview on Citi FM's Eyewitness News about the size of President Akufo-Addo’s first-term government of 111 Ministers.

Mr Ghartey disagreeing with the suggestion that the Akufo-Addo government was bloated, said President Akufo-Addo’s philosophy of the size of government led to 9% growth of the economy by the end of his first term.

He said that President Kufuor answered that one of the ways a government focused on a particular sector was to isolate the sector and create a Ministry with a Minister in charge.

The former 2nd Deputy Speaker of Parliament said that since independence, no era had seen so much construction in the railways sector with over 200 kilometres currently under construction.

However, the Presidential Aspirant said he had a different philosophy and would have a much smaller government because of the current economic circumstances.

He stated that the total number of Ministers in his government would not exceed 60, which would include 19 Cabinet Ministers and 16 Regional Ministers.