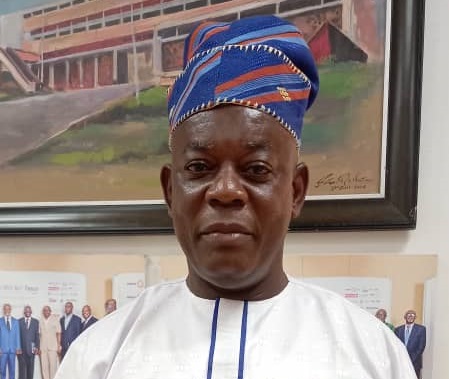 The Western Regional Secretary hopeful of the ruling New Patriotic Party (NPP), Charles Cobbina says he was approved to contest the party's election because of his competence.

Shutting down claims that he is the chosen candidate of the Western Regional Minister, Kwabena Okyere Darko-Mensah, in a radio interview on Takoradi based Skyy Power on Friday, he maintained that he would not have been endorsed to contest the party’s election if he was not competent.

“I will not be endorsed (by the party) if I was not the best,” Mr Cobbina said.

He said even if it was true as believed by some members, it meant that he was competent for the job since the Minister would not endorse an incompetent and inexperienced candidate to head such a position at this crucial time when the party aims at ‘Breaking the 8’.

Mr Cobbina noted that “Even if the Regional Minister is bringing a candidate, do you think he will bring 'rubbish', he is a fantastic man and he will not endorse you if you are not… I am a two-star general in the party and they know my worth and how I work.”

Mr Cobbinah who is popularly known in public as Kempes contended that he was the rightful candidate to be elected for the Regional Secretary position of the NPP and that he is coming with a clean heart because he even prays for his competitors.

Mr Cobbinah divulged that he has a bigger connection worldwide than any of his competitors and for that matter, he will use that to gather more resources to help the party when he gets the nod as the Regional Secretary.

Meanwhile, the NPP between April 28 and May 2, organised elections at the constituency level to elect officers to lead the party for the next four years.