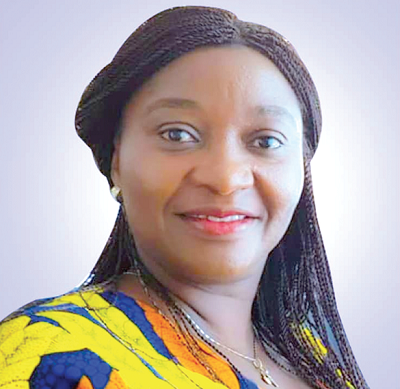 The Minister-designate for Central Region, Mrs Justina Marigold Assan, has promised to pursue aggressive policies and programmes that will create decent jobs, particularly for the youth to reduce poverty among the people.

According to her, despite the many resources and economic potential the region was endowed with, it was very worrying that the region was still referred to as the poorest after the regions in the north.

“Although it will be quite challenging especially where some of the youth may not have the requisite skills to take advantage of the many job opportunities in the formal sector, government together with partners would ensure the decentralisation of job creation to reduce poverty to the barest minimum.”

In an exclusive interview with the Daily Graphic in Agona Swedru last Sunday,  on a wide range of issues, she noted that “if I am duly approved by parliament as the next minister for the Central Region, I would work to change the old narrative which considered the region as the next poorest region after the northern regions.”

She will be the second woman to occupy such a portfolio in the region after Mrs Ama Benyiwa-Doe of the National Democratic Congress (NDC) since the commencement of the Fourth Republic in 1993.

She noted that it was unacceptable that despite the presence of many first class second cycle institutions and other opportunities, they had not been harnessed fully to provide jobs for the teeming unemployed youth to better their lives.

“The government will continue to champion the One-District, One-Factory agenda and other policy interventions to provide more sustainable job opportunities to the youth across the region to improve their living standards.”

“One of my top priorities is to ensure the creation of business-friendly environment that will attract many private investors both home and overseas into the region to set up firms to provide direct and indirect decent jobs to the youth,” she indicated.

Mrs Assan noted that another critical area that special attention would be paid to was road construction so as to open up the region to development, saying “many of the roads to remote communities were in deplorable state which must be tackled to ease transportation”.

She explained that the region voted massively for the NPP and she would lobby government to turn its spectacle to the region in the area of road construction to help farmers to cart their goods to market centres.

She stressed that the traffic alone that commuters experienced from Kasoa through Buduburam alone was a great source of worry to many road users and investors who were interested in investing in the region.

“I believe if the Accra-Cape Coast highway is converted into a dual carriage road, it would ease traffic as well as encourage investors in particular to come into the region to take advantage of the numerous opportunities to do business in the region,” she pointed out.

She expressed optimism that the region would hugely benefit from the second year of road projects recently announced by President Nana Addo Dankwa Akufo-Addo so as to open up the region for development.

Mrs Assan, 45, was born on November 13,1976 at Agona Swedru in the Central Region and had her basic education at ADC “C” Basic School at Bebianiha and her secondary education at Swedru Secondary School (SWESCO).

She was blessed with leadership skills at a very tender age in her life. At both primary six and JHS 3, she was elected the school prefect and was very much loved and respected by her peers and teachers. After completing Junior High School (JHS), she had her secondary education at SWESCO from 1991 to 1994. Once again, she was elected the Girls’ School Prefect, a duty she performed with admiration.

After completing OLA Training College, she started her teaching career at Bawjiase Methodist JHS in September 1999 as Vocational Skills and Religious and Moral Education teacher as well as a counsellor.

While teaching, she pursued further studies and graduated from the University of Education, Winneba (UEW) in 2006 with B. Ed [Home Economics].

Prior to her appointment as the first woman Municipal Chief Executive (MCE) for Agona West, she was a teacher and Head of Department of Home Economics at Obrachire Senior High School (SHS), an Assistant Examiner with West African Examinations Council (WAEC) and Home Economics tutor at the College of Distance Learning, UCC.

She is currently pursuing a master of philosophy degree (MPHIL) in Home Economics at the University of Education, Winneba (UEW).

On the political front, she has been a keen supporter of the New Patriotic Party (NPP) since 1992 following the family’s political tradition.

She started from the grass roots and occupied positions such as the polling station women organiser for Bebianiha, a suburb of Agona Swedru.

Also, she has occupied the position of Deputy Organiser of the Agona West Constituency as well as the Deputy Women’s Organiser for the Central Region.

She is married to Joseph Chris Assan and they are blessed with three children.